The latest Premier League team of the week from Garth Crooks is here, and there aren’t too many surprises as Manchester City players dominate after their superb performance to thrash Liverpool 4-1.

The league leaders have three players in Crooks’ line up on his latest column for BBC Sport, while there are also two Manchester United players in, though one of those is the loaned-out Jesse Lingard.

MORE: Jurgen Klopp branded a ‘bully’ after this shocking video

The Red Devils might live to regret loaning Lingard out, with the 28-year-old enjoying a hugely impressive start at West Ham and perhaps showing that he could be worth showing more faith in.

United midfielder Bruno Fernandes is also in the XI, as are big names such as Harry Kane and Dominic Calvert-Lewin. 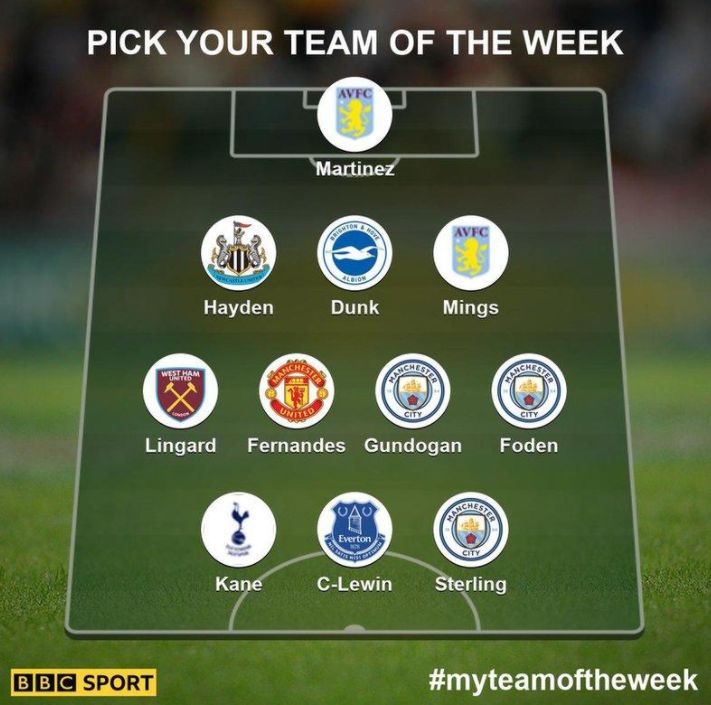 There’s also room for Aston Villa duo Emiliano Martinez and Tyrone Mings, who performed well in the win over Arsenal.

All in all, it’s a strong side, but we again have to take issue with Crooks’ weird use of wing-backs, as we’re not sure Lingard and Phil Foden would shine in that role!