According to the latest episode of the ‘Here We Go’ podcast from transfer insider Fabrizio Romano, Tottenham Hotspur are unhappy with Gareth Bale after the ace’s unsuccessful loan spell.

Bale sealed a short-term return to Spurs after a nightmare at Real Madrid this summer, with Romano now reporting that the chances of a permanent reunion are becoming increasingly unlikely.

Romano liked a tweet sharing some information from the latest episode of his podcast, which was released earlier today and is available via a Patreon subscription.

The Italian reporter, who has become the most high-profile journalist in football over the last 18 months, states that people around the club (Spurs) are unhappy with Bale.

The concerns stem from the fact that Bale has effectively made no impact for the side since arriving, with the superstar largely featuring in cup competitions, mostly against much weaker opposition.

See More: “You don’t deserve an answer” Jose Mourinho is showing signs of a meltdown when asked about Gareth Bale 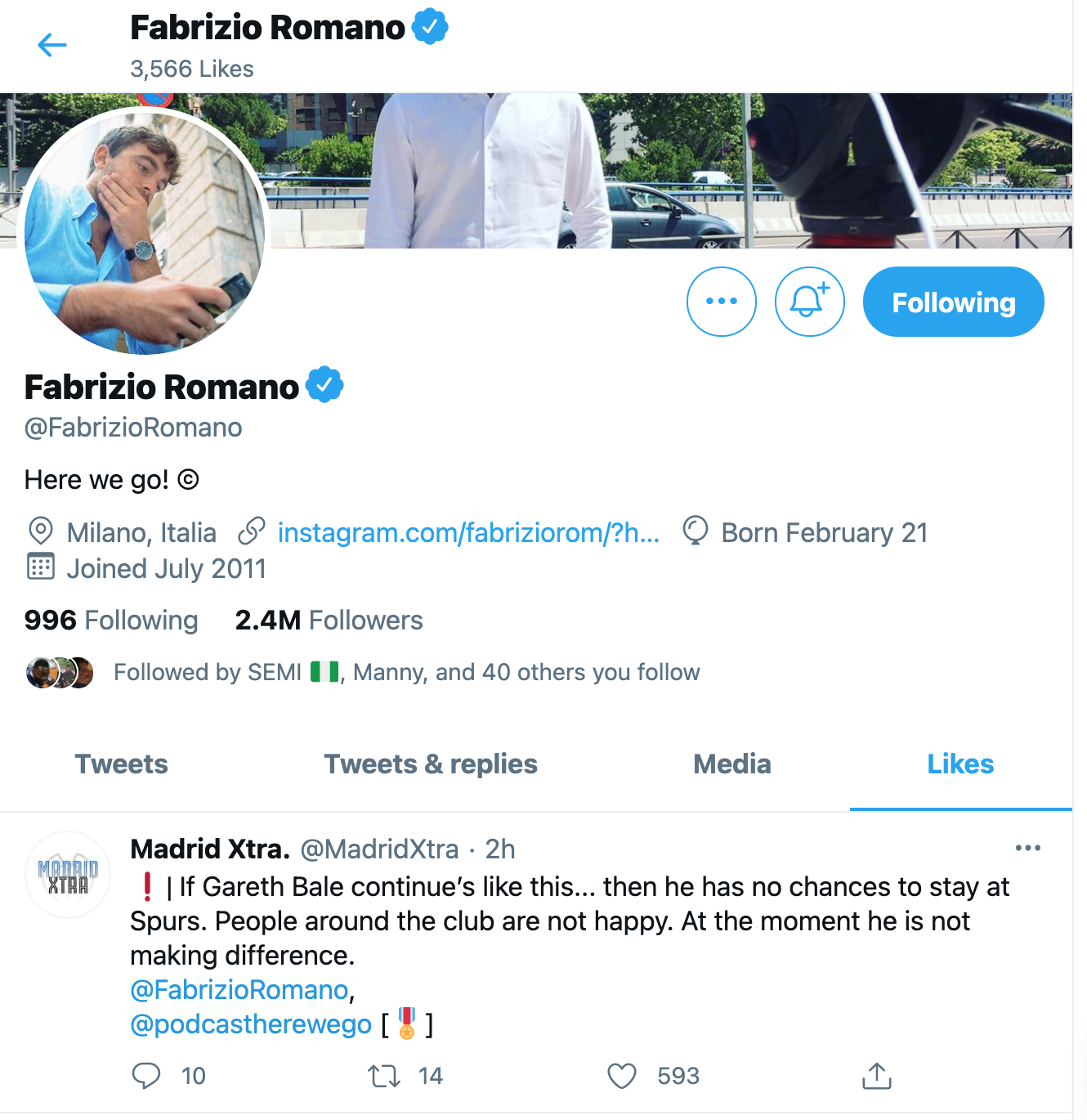 Bale has made a total of 15 appearances for Jose Mourinho’s side, with just six of these coming in the Premier League and only two of those outings via starts.

The Wales international has scored four times – once in each competition, Premier League, Europa League, EFL (Carabao) Cup and the FA Cup.

This is bad news for Spurs because it shows that people around the club are not pleased with how this high-profile transfer has worked out so far, whilst it’s also a blow to Real Madrid as it cuts their slim hopes of offloading the high-earner permanently even further.

Whilst Bale has clearly made a minimal impact on the pitch, it’s evident that the Spurs team very much enjoy him being in north London, with his off-the-pitch influence harder for the media to determine.