Paris Saint-Germain manager Mauricio Pochettino has responded to Barcelona accusing the club of being “disrespectful” in their supposed public courting of the Lionel Messi transfer.

PSG are expected to be one of the main contenders to sign Messi as he nears the end of his contract at Barcelona, with Fabrizio Romano recently telling CaughtOffside it would likely be between the French giants and Manchester City in a battle to land the Argentine.

MORE: Man City to beat PSG to the ‘new Neymar’

As reported by ESPN, Barcelona manager Ronald Koeman recently criticised PSG for a lack of respect as club chief Leonardo publicly courted Messi, but Pochettino has brushed off that kind of talk.

The former Tottenham boss sees no issue with occasional comments like that coming out as he attempted to play down the controversy.

“When a player speaks, he is talking out of affection, excitement and friendship,” Pochettino is quoted by ESPN. “There’s no controversial issue that has been generated by the club. At no time has there been a lack of respect or gone against a situation that is not the correct one.

“Players can talk and can say what they want. They do so from feelings, just as Real Madrid and Barcelona players do. They can talk about teammates that are at other clubs.” 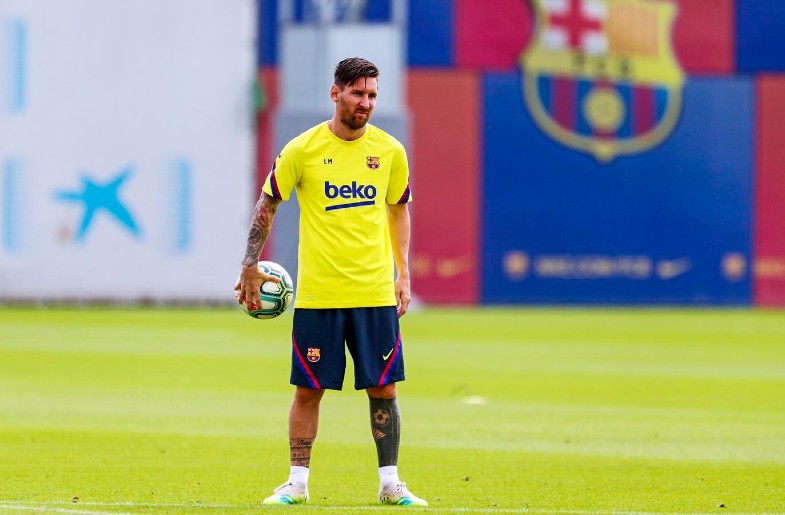 It would certainly be intriguing to see Messi linking up with Pochettino at PSG, and playing alongside former team-mate Neymar once again.

Of course, Premier League fans will surely be rooting to see the 33-year-old move to City if it means getting a chance to see one of the greatest footballers of all time in England.