The Blues are among the many teams to be linked with Haaland and Upamecano, as noted by ESPN, and it’s clear they could strengthen Tuchel’s side next season.

“I am also always a fan and interested in what is going on. But now is February. There is a long way to go. As you know me or maybe get to know me better, I will not talk about other players publicly when they are under contract.

“This is the kind of respect we show to them but show first of all to our players. We think about our central defenders and our strikers first and we push them to the limits. Everything else will be decided behind closed doors.” 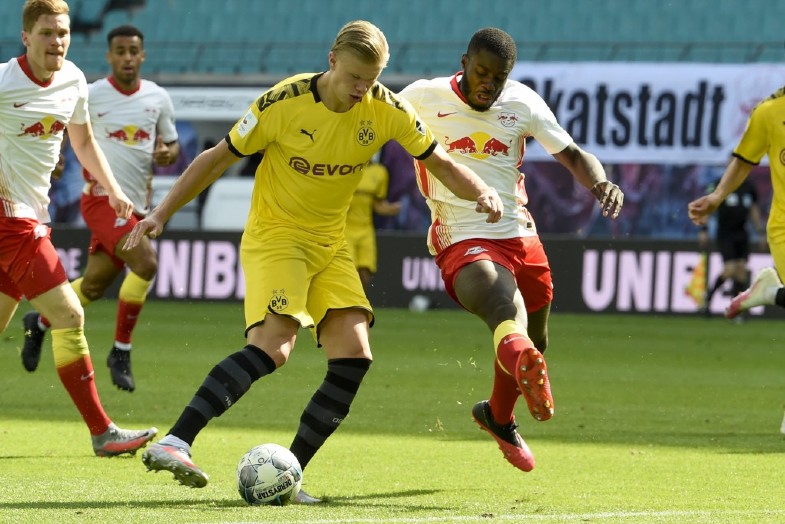 Erling Haaland and Dayot Upamecano in action in the Bundesliga

Chelsea fans will no doubt hope Haaland can come in up front, with the Norway international likely to be a major upgrade on the struggling Timo Werner after his prolific record over the last year or more.

In defence, Upamecano is another elite young player currently impressing in German football, and would surely be an upgrade on players like Antonio Rudiger and Andreas Christensen, as well as a dream long-term successor to the ageing Thiago Silva at centre-back.

Still, it seems Chelsea fans will have to wait a little longer to hear anything more concrete on the Haaland and Upamecano deals.