It’s always interesting to look back on previous lists of the most talented players who are under a certain age, as there are loads who just fade away into obscurity and don’t make it.

That seems to have changed in the last couple of years as we see youngsters being more physically developed and they peak earlier, so it’s common to see 18 year olds who are already key starters for some very big clubs.

Mundo Deportivo recently did a report on the most promising players under 20 in world football, and this will interest fans of both Real Madrid and Barcelona.

Ansu Fati tops the list and he really does look like he could go on to lead this team when Lionel Messi moves on, but there are some serious concerns about his health and he keeps suffering injuries in his knee.

There have been some wonderful careers that have been decimated by knee injuries so it always worries you when a youngster has continual problems in that area, so hopefully he’s able to bounce back soon and get back to playing regularly.

The reason this report may interest Real fans is they could soon be the owners of the number two player on the list if Eduardo Camavinga gets his move from Rennes in the summer.

A report in January indicated that the young midfielder was one of their main targets for the summer regardless of Luka Modric’s contract situation, so it does look like he will eventually get a move to Madrid.

The most exciting thing about both players is the fact that they’re already established starters and they could still get even better, so it’s going to be fun to watch them develop into potential superstars in the next few years. 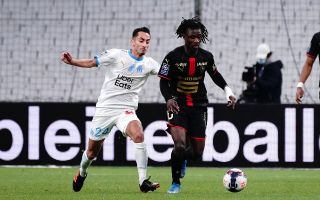