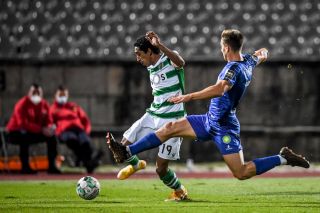 Arsenal are reportedly closing in on finalising a summer deal for Sporting Lisbon striker Tiago Tomas.

Tomas, 18, has spent his entire career with Sporting Lisbon after joining their youth academy all the way back in 2014.

After successfully climbing his way through the club’s youth ranks, Tomas has already grown to establish himself as a senior first-team regular.

The talented forward, who primarily operates as a lone-striker but can also fill in on the right-wing, has reportedly emerged as a summer target for Mikel Arteta’s Arsenal.

According to a recent report from The Sun, the Gunners are keen to land the highly-rated teenager well ahead of the summer transfer window’s opening.

It has been claimed that Arsenal’s technical director Edu has recently been in direct contact with Sporting Lisbon director of football Hugo Viana.

Tomas is reported to have a minimum release clause of £52m, however, due to the financial implications the ongoing COVID-19 pandemic is having, Sporting Lisbon are willing to accept just £20m for the striker.

The Sun also claim that Edu and Arteta were highly impressed with the youngster whilst they were scouting Sporting Lisbon’s match against Benfica ahead of their Europa League tie.

Should Arsenal successfully snap-up Tomas, they will have a real talent on their hands.

After already making international appearances for Portugal’s under-17s, under-18s and under-19s, Tomas is widely regarded as a star of the future. 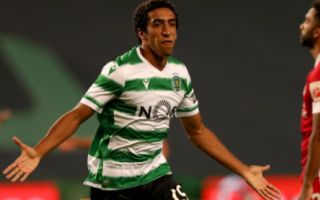