They say that imitation is the sincerest form of flattery, but it appears that former England international, turned BT Sport pundit, Michael Owen, has taken things a little too far.

Not known for his fashion sense, Owen was pictured wearing a denim jacket which under normal circumstances wouldn’t have been at all newsworthy.

However, from behind his own name can clearly be seen stitched into the back of the jacket, which makes it look more reminiscent of something that Alan Partridge might wear. 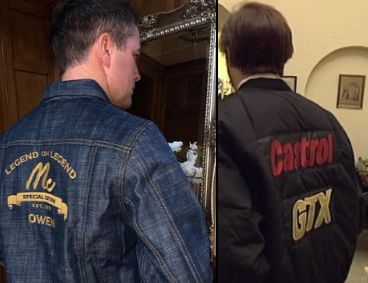