The France international has shown himself to be one of the most promising young centre-backs in Europe in recent times, but it seems some at Stamford Bridge weren’t entirely convinced by him.

It’s not clear why Chelsea scouts weren’t so impressed by Upamecano, but it might also be that his wage demands also played a part in dissuading them from pursuing a deal as a top priority.

Chelsea were unquestionably interested in Upamenco but I'm told their scouts weren't fully convinced. Suspect they weren't keen enough to get into a bidding war over his wages. As reported this week, Alaba wages currently too high and I'm also told he would like to play def mid

Law also mentions Chelsea’s interest in David Alaba, but it seems he’s another who probably won’t be making the move to Stamford Bridge.

As well as his wage demands being too high, it seems he’s also keen to play defensive midfield, rather than defence, where he’d likely be more useful at Chelsea.

Blues fans will hope the club has other defensive targets in mind for the summer. 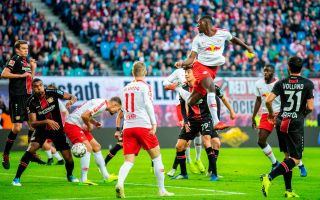