Arsenal legend Tony Adams is clearly a huge fan of two of the club’s most exciting youngsters – Emile Smith Rowe and Bukayo Saka.

The Gunners won 4-2 against Leeds United yesterday, with Pierre-Emerick Aubameyang stealing the headlines with a superb hat-trick at the Emirates Stadium.

Still, Adams was seemingly more impressed by the contribution of two hugely promising homegrown talents in Smith Rowe and Saka.

Speaking after the game on Premier League Productions, as quoted by the Metro, Adams singled those two players out, with Smith Rowe getting plenty of praise in particular as Adams paid him the ultimate compliment by comparing him to Arsenal great Robert Pires.

“Smith Rowe has picked Aubameyang out for that goal,” Adams said.

“The kid’s got talent, he’s got feet like Robert Pires. Pires could run faster with the ball than I could without the ball. Smith Rowe has got real talent.

“He plays everything with one touch. He’s intelligent and seems to know where the ball is going before he even receives it.

“Smith Rowe and Saka were instrumental in all the goals today. They were both exceptional.

“Well done to the captain [Aubameyang]. He got himself a hat-trick but it actually came down to the kids today with Saka and Emile.

“He really benefitted from their enthusiasm and talent, they really took the game to Leeds today and Aubameyang gets himself three goals because of it.”

Arsenal fans will no doubt be excited to see players like this coming up from their academy, especially as their work in the transfer market in recent times hasn’t always been the best.

Signings like Nicolas Pepe and Willian have been disappointing, but if players can continue to come up through Arsenal’s youth system, it could save them a huge amount on transfer fees. 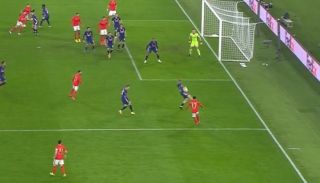