The Scotland international has been in superb form recently, adding goals to his game to become a very complete player and an increasingly important part of Ole Gunnar Solskjaer’s side.

Chadwick has been very impressed by McTominay, admitting that the attacking side of his game has improved a lot and offers United more than they might have perhaps expected from the 24-year-old.

McTominay was already a first-team regular before this season, but he’s now arguably become one of Man Utd’s most important performers, with his superb form likely to have played a part in summer signing Donny van de Beek surprisingly seeing so little playing time.

“I think with the energy and athleticism that he’s got, he has got that in his locker – getting forwards and scoring goals, which I don’t think a lot of people saw when he first came into the team,” Chadwick told CaughtOffside.

“He was seen as a defensive midfielder in the mould of Matic or someone like that, but the more he plays the more he keeps evolving, he’s improving all the time. 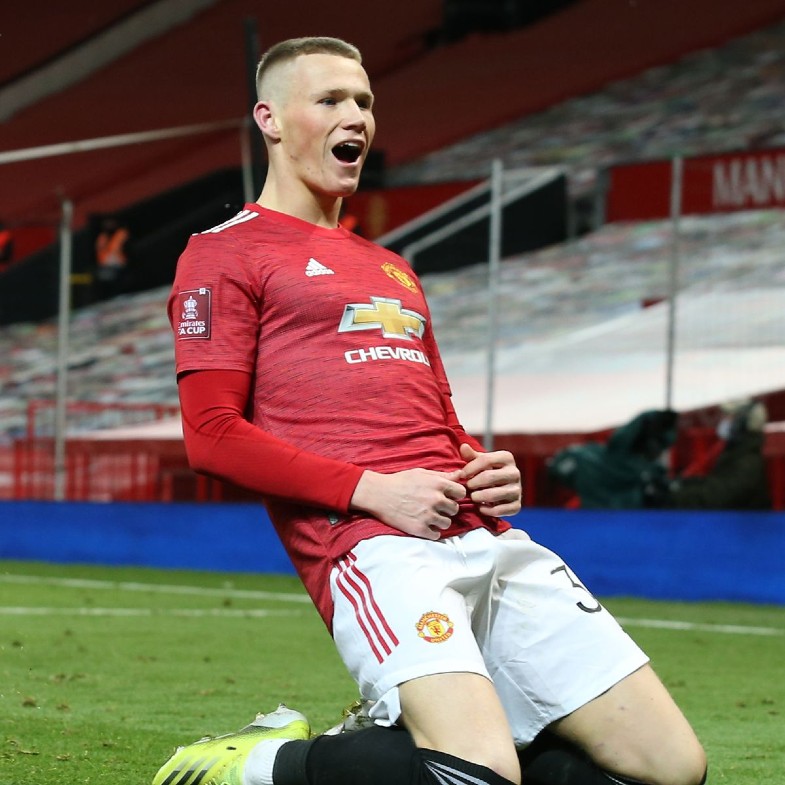 “Bruno Fernandes will always be the number 10, but to be given that license to get forward a little more – he adds goals to games.”

“I think McTominay’s always been thought of very highly at the club, even from Jose Mourinho’s days. When you’re chasing a game McTominay comes to the fore, he looks to get forward … he looks to be becoming a real leader. He’s got so much eagerness to his play.

“He looks like he’s ahead of Van de Beek at the moment. He’s had a great impact, but the Van de Beek situation is so strange – they can’t seem to find a place for him to be effective.”