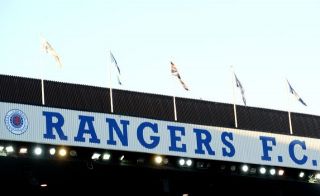 Rangers have released a statement confirming they’re launching an internal investigation following allegations of a party being broken up in Glasgow on Sunday morning.

The Scottish giants have not given much in the way of details for the moment, but put out this tweet from their official account below…

Rangers are aware of an alleged incident which is subject to an internal investigation. We will make no further comment. pic.twitter.com/XVRhHWzWpJ

A report from BBC Sport claims a party had to be broken up by police, with fines issues for breaching current coronavirus restrictions in Scotland.

Households are current banned from mixing due to the ongoing pandemic, and it seems to be being implied that some of the club’s players may have been involved.

More on that will no doubt become clearer later, but one has to hope the appropriate action is taken to ensure footballers can set a good example in these difficult times.

Some footballers haven’t covered themselves in glory during the pandemic, though others have also done some fine work for charity.