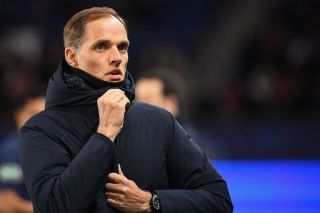 Chelsea’s new manager Thomas Tuchel has recently admitted that he may not be the most liked person at the club.

The German tactician, who was named as Frank Lampard’s successor last month, has enjoyed a decent start to life at Stamford Bridge.

After taking charge of his first five matches in all competitions, the former Paris-Saint Germain gaffer has won four on the bounce, with the other being a 0-0 draw against Wolves.

The newly unbeaten German appears to finally be kick starting the Blues into the right direction.

However, by his own admission, Tuchel’s hands on approach to seeing the Londoners climb their way back into top-four contention may be upsetting a few behind-the-scenes.

Speaking in a recent interview with Sky Sports, the 47-year-old manager revealed how honesty is always the best policy when it comes to managing.

“Just because I’m trying hard to be kind to you guys [the media], does not mean that I am trying too hard and that everybody loves me in the dressing room because this simply does not exist,” Tuchel said. “It is not necessary. But, in a moment where I am happy I can tell them also that I am happy with their attitude, their performance and the atmosphere in the dressing room. There is no harm in that, I don’t hold it back then.”

When asked if he ever raises his voice to his players, Tuchel went on to say: “Can I be a shouter? Yeah, of course, if it’s absolutely necessary. But I can be totally emotional, and I can also totally be a shouter if I feel this is the minute to do it and to surprise. If you do it all the time then no one would listen because it becomes a habit, so everybody gets used to it.

“The goal is also to stay a little bit unpredictable, and most of the time to be reasonable because, for me, it is important we build a trust and relationship that we can rely on.
“Player’s won’t get punished, shouted at or insulted in front of a group, this is unacceptable. But if we have to point out things clearly I’m a big friend of doing it in front of the whole group.“If we have behaviours that harm the group and cause trouble for the team on the pitch, we should tell the players individually, but I believe strongly that everybody has to have the personality to swallow criticism in front of the group.

“That way no harm is done because we can talk openly. To be clear and to be honest, this will never change. I don’t do stuff to be loved by everyone in the dressing room, this is not possible.”

Chelsea are set to host Steve Bruce’s Newcastle United on Monday evening in what will be the Blues’ 24th Premier League of the season.

A win would see them overtake last season’s champions Liverpool and claim a space in the league’s top-four for the first time this year.

All eyes will be on Tuchel and his side as they look to continue in their impressive unbeaten streak.

The match is scheduled to kick-off at 8pm (UK time) and will be broadcast live on Sky Sports.