Mixed Martial Arts legend Khabib Nurmagomedov has taken to social media to announce that he will be at the Camp Nou for Barcelona’s Champions League tie against Paris Saint-Germain tonight.

Khabib recently retired, having dominated in a 29-0 professional MMA career, which saw him compete in the UFC 13 times, winning and then defending the Lightweight title three times.

The 32-year-old posted an Instagram story featuring a UEFA post facing off Lionel Messi and Kylian Mbappe with “Let’s go PSG, I will be in the stadium tonight, InshAllah.”

Khabib’s support for PSG tonight isn’t a surprise, whilst he’s a Real Madrid fan, the Dagestani icon has held talks with the Parisians’ owner, Nasser Al-Khelaifi, over a professional football career, per ESPN.

See More: Khabib once hilariously refused to take a picture with a Barcelona-supporting fan of his until the child bellowed out ‘Hala Madrid’ 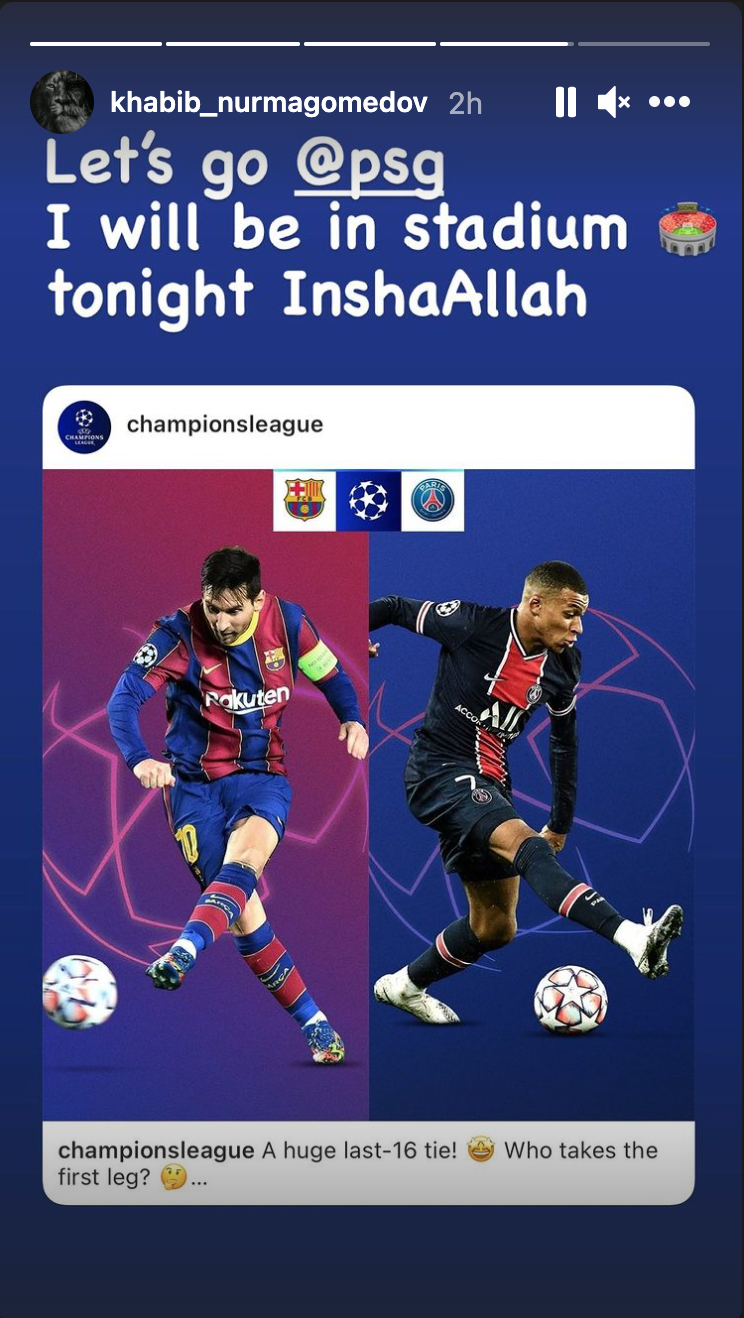 Khabib has certainly been enjoying the retirement and it’s nice to see that Spain have the Covid-19 measures in place to host one of the world’s most iconic sports figures at the Camp Nou.

It will be interesting to see how their fans react to the phenom’s presence though, as he’s publicly supporting PSG tonight and is a supporter of their heated rivals Real Madrid.