According to Sempre Inter via Italian newspaper Gazzetta dello Sport, the brace that Romelu Lukaku bagged for Inter Milan in their last encounter against Lazio triggered a bonus payment to Man United.

Gazzetta dello Sport report that Lukaku’s latest strikes that hit the back of the net have met the requirements of a €1m bonus. Antonio Conte’s side beat Lazio 3-1 thanks to Lukaku’s double.

It’s reported that Inter paid an initial fee of €65m to recruit the ace in the summer of 2019, with that deal including a further €10m in potential bonuses.

Sempre Inter state that Gazzetta dello Sport have not specified the details of the bonus that has been triggered, but one would have to assume it is related to goals.

Lukaku only spent two seasons at United after a move from Everton, which was for an initial fee of £75m and included a further £15m in potential bonuses, per BBC Sport.

The left-footed striker has really proven himself to be world-class since joining Inter and teaming up with Conte, the Nerazzurri won’t be displeased at shelling the small fee out at all. 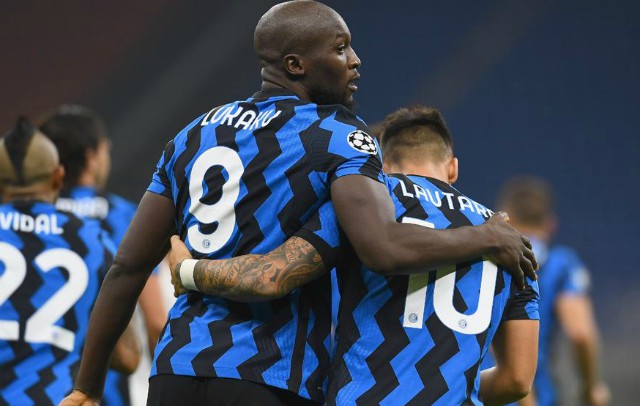 Lukaku has been brilliant for Inter, striking up a brilliant partnership with Lautaro Martinez.

Whilst the particular details of the add-on have not been reported yet, the most plausible explanation may be that the Belgian scored his 55th goal for Inter on Sunday night, before later adding his 56th.

Lukaku’s debut season yielded 34 goals and six assists as Inter missed out on the Serie A title by just one point to Juventus.

The Belgian superstar has been just as prolific in his second season in Milan so far, scoring 22 times and contributing four assists.

Conte’s men sit top of the table by one point, with this term’s battle for Serie A between the two Milan clubs at this point, in a remarkable turnaround from the pair of seemingly fallen giants.

It’s a real shame that things didn’t work out for Lukaku at United, he was superb in the Premier League with West Brom and Everton after being picked up as a raw young talent by Chelsea.