According to the Irish Examiner, Liverpool have opened talks with Caoimhin Kelleher regarding a contract extension, with the goalkeeper’s current deal expiring in the summer of 2022.

The Irish Examiner report that the strides Kelleher has made in the first-team, which have seen him overtake Adrian as second-choice, have led to a new deal becoming a priority for the Reds.

It’s added that Kelleher is considered important to Jurgen Klopp’s long-term plans, which is plain to see given the faith the German has placed in the 22-year-old this season.

With Adrian set to be released when his contract expires this summer, the Kelleher situation is an even more important one, the Reds should be focusing on tying down Alisson’s backup as soon as possible.

This comes as they cite former Premier League stopper Colin Doyle as seeing Kelleher worth around €5m, in a valuation that will continue to soar with the ace now holding a more important first-team role. 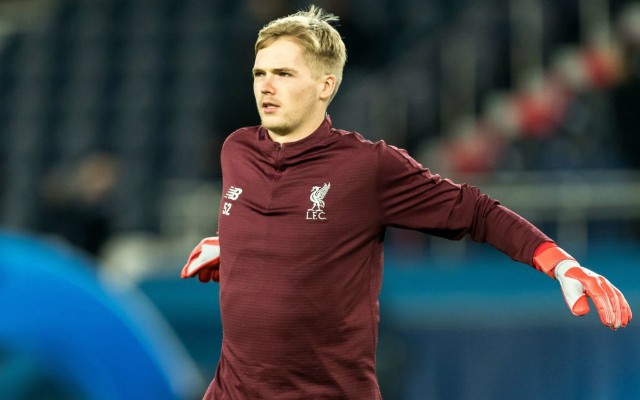 Kelleher has looked a solid backup for Liverpool.

It’s added that Kelleher is represented by the massive Stellar agency, who boast Gareth Bale, Jack Grealish and the majority of the England squad as part of their clientele.

Kelleher made his first-team debut last season, appearing four times in the domestic cup competitions as Klopp fielded the youngsters to save his stars for their title-winning campaign.

As per the Athletic (subscription required), Liverpool recruited Kelleher for just £30,000 in 2015 from homeland outfit Ringmahon Rangers, swooping despite a trial being arranged with rivals Man United.

Kelleher has completely broken through into the first-team this season, making five appearances, two of which were in the Champions League, two in the Premier League and one in the FA Cup.

The 22-year-old has looked solid in between the sticks whenever he’s been called upon to deputise for Alisson, his value may well rise very soon with the Examiner adding he could win a senior cap for Ireland.

Kelleher has been called up to the senior squad on a couple of occasions, but is yet to make his debut, which could come in next month’s internationals as Ireland No.1 Darren Randolph is injured.