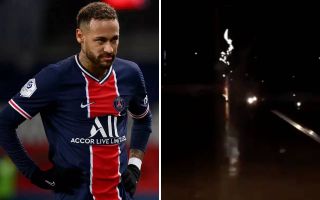 The pandemic hasn’t stopped Barcelona fans from attempting to play their part in tonight’s Champions League first-leg clash with PSG at the Nou Camp.

While Barca supporters are still not allowed within the confines of the stadium, and thus will not be able to push their side on to victory tonight, that’s not to say that they will have no influence at all on the eventual outcome of the contest.

El Chiringuito TV shared a video on Twitter which they claim is of Barcelona fans letting off fireworks outside the PSG hotel in an attempt to unsettle the players ahead of the biggest game of their season so far.

You do have to wonder, though, why the Barca fans have decided to do it so early, before the PSG players were even tucked up in bed, rather than waiting until the early hours of the morning – albeit, when they’re not actually allowed to be out and about.

Whether this will have any negative effect on the PSG squad remains to be seen, but you get the feeling it’ll only motivate them further to get a result tonight.