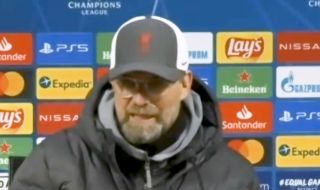 Jurgen Klopp is so expressive and even emotional at times so you can always tell when something isn’t quite right.

He’s had some serious struggles this season both on and off the pitch, but you could see he was starting to get dragged down and he wasn’t his usual self as results went south.

Liverpool picked up a great win over RB Leipzig tonight so he was always going to be happy after the game, but it’s a great sign for the fans when you can see he looks rejuvenated and delighted with the win and the performance:

Jurgen Klopp was full of praise for his Liverpool team for the way they played tonight against RB Leipzig pic.twitter.com/Vefy8IgQKq

You can see that he’s not getting carried away and he will be looking for consistency, but there is a feeling that he and his team are slowly bouncing back to where they expect to be.