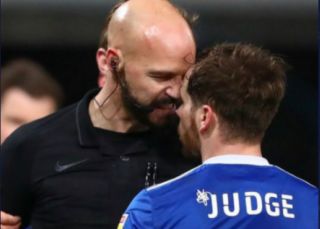 According to BBC Sport, referee Darren Drysdale has been charged with ‘improper conduct’ by the FA after a physical clash with Ipswich Town midfielder Alan Judge in last night’s draw to Northampton.

In the 90th minute of the League One encounter, Ireland international Judge appeared to take serious offence to being booked for diving (simulation) in the box.

Judge marched towards the referee whilst shouting and appeared to wag a finger, which clearly infuriated Drysdale as the official squared up to the Ipswich ace.

The BBC report that Drysdale has until Thursday March 4 to respond to the charge.

Drysdale had to be separated by both sets of players, with the yellow card being officially brandished on the break.

The shocking moment can be seen here.

The encounter ended a goalless draw, with Drysdale actually sending off Ipswich’s Flynn Downes in the final minutes for using offensive language.

We’ve hardly ever seen anything like this before in English football, it will be interesting to see how the FA punish Drysdale, which will also depend on how the 49-year-old official pleads to the offence.

Drysdale has been officiating in the Football League since 2004, with Darren a veteran of the RAF, holding the rank of Sergeant, per the Telegraph. 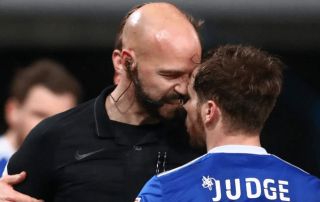 Video: Astonishing scenes at Ipswich Town as the ref has to be HELD BACK as he squares up to Alan Judge February 16, 2021 22:34
Ipswich Town FC 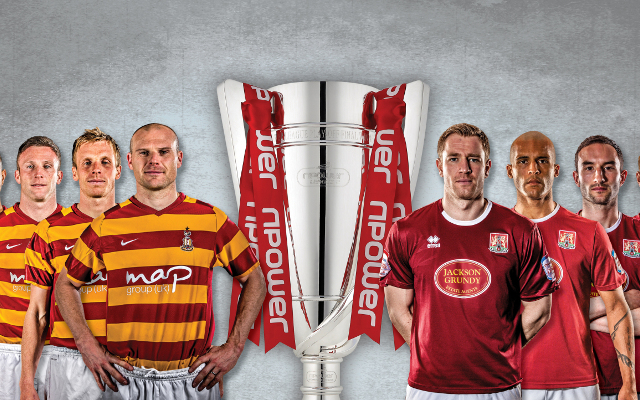 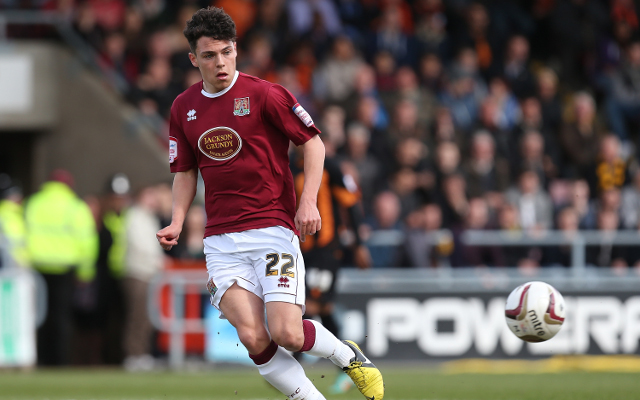