We’ve seen a few examples recently of clubs taking advantage of release clauses to complete summer signings during the season, and it looks like Arsenal could have a similar opportunity.

Sevilla loanee Bryan Gil is starting to gain a lot of attention thanks to some impressive performances for Eibar, and a report from ESPN has looked at the latest with his situation.

It’s believed that Barcelona are also monitoring his situation, while Arsenal are showing an interest and the release clause of €35m is seen as reasonable for someone of his talent.

The biggest problem for the Gunners may be time as it’s possible they’ll need to wait until the summer to get an idea of budgets and they may even need to sell some players first to raise those funds.

Unfortunately that may take more time than they have to complete this deal, as the report goes on to say that Sevilla are looking to tie him down to a new contract which would increase that release clause to €150m so that would effectively end Arsenal’s interest.

It could be an interesting one for Mikel Arteta as he’s a young player who has the potential to be brilliant, but even €35m may be on the higher end of what Arsenal can pay just now, so it would be a risk on someone with such limited experience.

It’s possible that Gil will go on to be a world class player and this could be another one of those Arsenal stories where they missed out on the next global star, but the risks of going all in and triggering that clause just now probably do outweigh the potential rewards. 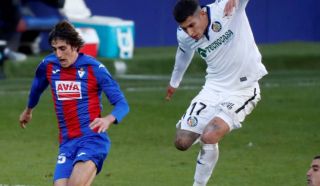