There was so much speculation about Jadon Sancho last summer that a move to Old Trafford appeared to be inevitable, so it was a surprise when he ended up staying in Germany.

It initially looked like the failed move had the potential to de-rail Sancho’s season as he was out of form to begin with, but he’s started to bounce back and he looks like his old self again.

It was always expected that the rumours of a move this summer would come up again and the Express have indicated that United’s interest is still there and they should have a chance to pay much less than he would’ve cost last summer.

You have to think there will be competition for his signature so United will need to persuade him to join, but it’s clear that he and Marcus Rashford are close so that could also come into things.

Rashford hasn’t made any secret for his admiration for Sancho, and it came up again on Twitter tonight as he declared that he was his favourite Bundesliga player: 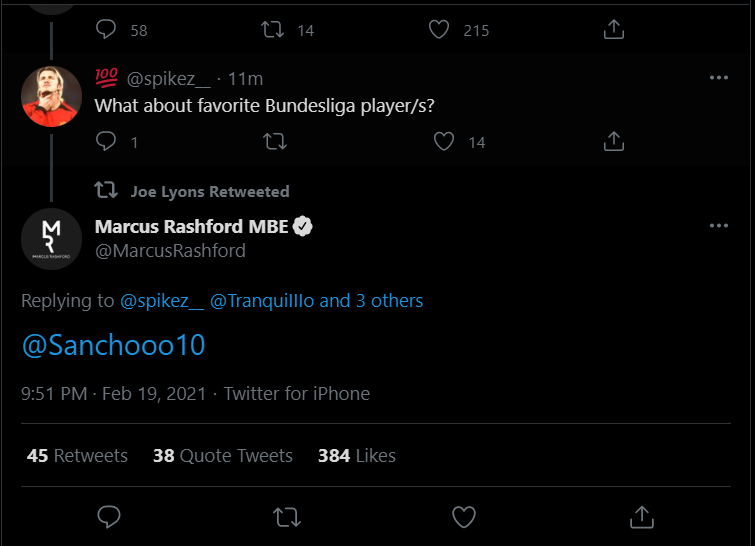 If United are still interested then you have to think they’ll have Rashford trying to sell the move to Old Trafford to his friend, and it would be exciting to see them link up in the same team next season.