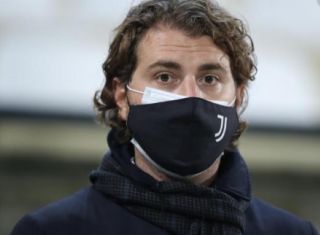 We don’t really see any elite clubs who allow the manager to have full control over transfers, and it’s probably for the best when you see how quickly managers come and go.

Man United are the perfect example and obviously Ole Gunnar Solskjaer has his flaws, but it’s easy to underestimate how shambolic that squad was when he took over.

United had rattled through Moyes, van Gaal and Mourinho in a fairly short space of time, but it also looks like they were all given their chance to sign their own players once they took over.

Moyes failed to bring most of the Everton squad with him so his impact wasn’t so great, but Mourinho and van Gaal flooded the squad with their preferred signings and nobody really moved on so they were saddled with a bloated squad of players from different regimes.

That meant Solskjaer had to radically overhaul the squad while also gaining positive results on the pitch, so the club do look to be in much better shape going forward.

Things could’ve been very different if they had a Sporting Director to keep a consistent approach to transfers regardless of who the manager was, and it finally looks like the club are looking to go in that direction.

Our colleagues at Stretty News have reported that United are looking to bring in Juventus chief scout Matteo Tognozzi as their new Sporting Director, and it could be a proper game-changer for the club if he is appointed.

It’s also believed that Celtic are looking to appoint him to a similar role, but United have held talks with him and they’re confident that they can make him an offer that he would find acceptable.

Ed Woodward currently plays a major role in transfers but his tactics of dragging out negotiations to the end of a transfer window don’t always work out, so having someone like Tognozzi in place could make a difference.

He’ll come with sound knowledge of players to target from another top European club, while he’s also been with a team like Juve who are strong in the transfer market.

It could have tough to figure out how much influence he’s had on those deals as he’s a chief scout in Italy and not a Sporting Director so it would be a promotion if he moves to Old Trafford, but it would mark a new era for the club and it would be interesting to see how it works out.