According to journalist Julien Laurens, the early stages of the second-half of today’s Merseyside derby between Liverpool and Everton featured an argument between Jurgen Klopp and Duncan Ferguson.

The Liverpool manager shouted “Why are you laughing?” to the Everton assistant after the Reds appealed for an audacious penalty for handball, whilst Ferguson couldn’t help but grin during the ordeal.

Klopp was then served a taste of his own medicine, owing to his reputation for heated antics on the sidelines, as Seamus Coleman intervened and shut down the argument with a spot on point.

The Irishman bust out with “We are allowed to talk or is it just you Jurgen?” It seems as though the clash ended here, with nothing else reported and Klopp and Coleman have a prior relationship of sorts.

Argument Duncan Ferguson – Jurgen Klopp on the touch line after the Liverpool penalty shout. « Why are you laughing? » Klopp shouted at Ferguson who had a big grin on his face! « We are allowed to talk or is it just you Jurgen? » intervened Seamus Coleman!

Klopp hailed Coleman for a classy donation to Reds fan Sean Cox, who was sickeningly attacked by a Roma fan after the sides met in the Champions League knockout stages at Anfield in 2019.

As Everton captain, Coleman was also alongside his Liverpool counterpart Jordan Henderson – who fell to injury sparking questions on the side’s training and medical team – and Klopp before the match as they spoke to match officials, including referee Chris Kavanagh. 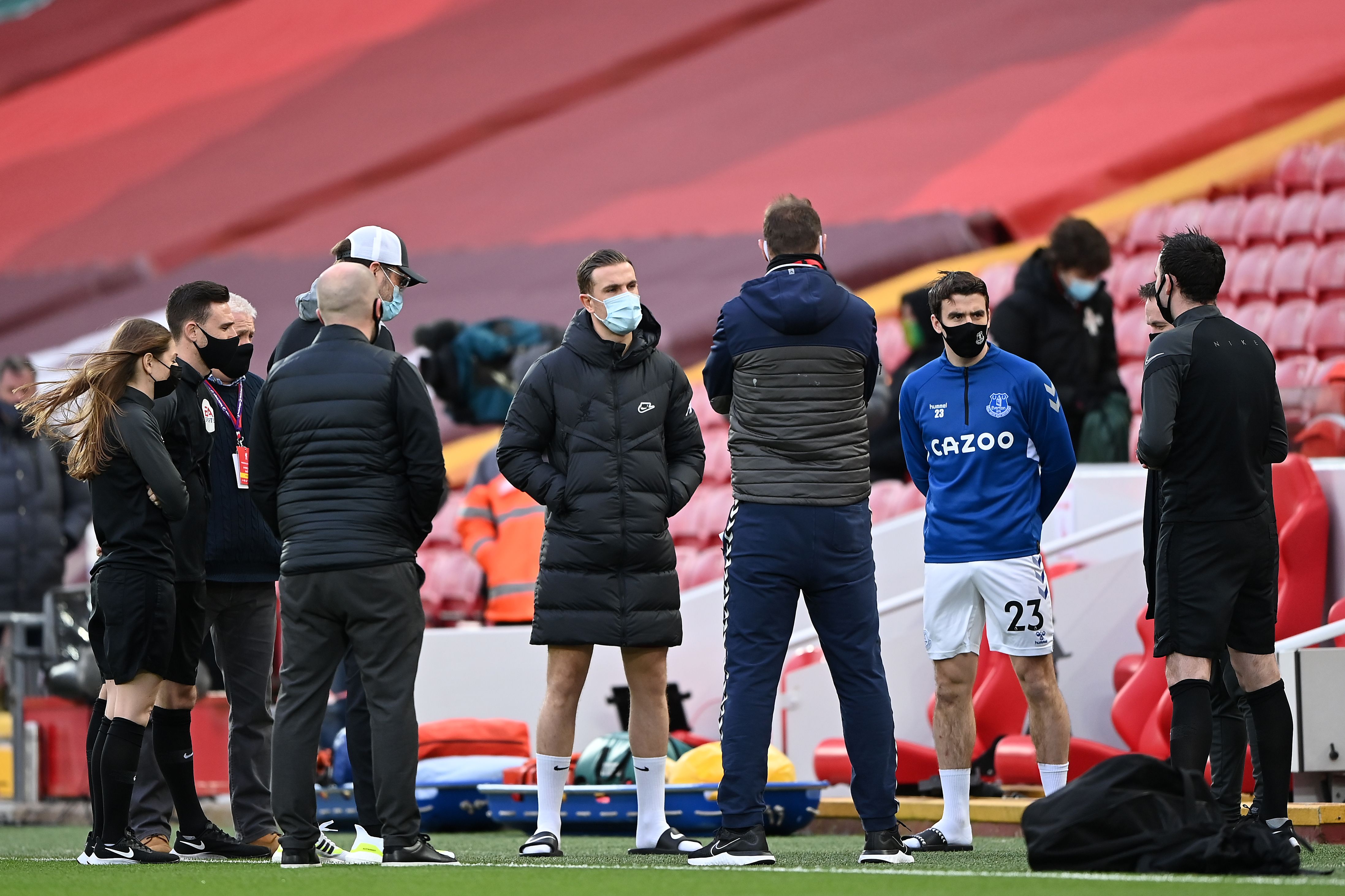 Coleman was spot on with his comments, Klopp was dealt an unfortunate reminder that everyone is free to speak their mind during a match, the German’s not the only one entitled to sideline outbursts.