There doesn’t appear to ever be a dull moment where John Terry is concerned.

The former Chelsea captain and current Aston Villa assistant manager has seemingly begun an extensive rebuilding project, but this one isn’t taking place on the pitch.

Instead, he has the builders in at his Surrey mansion, and by the look of the photos on his official Instagram account, he isn’t having a small scale makeover.

Keen to get in on the act too, Terry can be seen helping in a hi visibility waistcoat.

Needless to say it was adorned with the famous No.26. 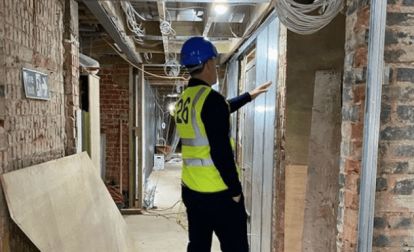