Was Chris Kavanagh’s decision to award Everton a penalty at Anfield this evening the correct one? ESPN editor Dale Johnson has had his say.

In a season where there has been more officiating controversy than ever before, ESPN’s Dale Johnson has taken it upon himself to run his eye over the letter of the law and make important clarifications for fans post-match.

He has done so once again, with one of the most controversial decisions to date being made in today’s Merseyside Derby, with Trent Alexander-Arnold being ran into by Dominic Calvert-Lewin and a penalty being awarded.

Chris Kavanagh was in the VAR review area for a matter of seconds before deciding to stick with his original decision, but should he have taken longer to watch the replays?

According to Dale Johnson, he should’ve done, but not to overturn his initial decision to award a penalty, rather to brandish the red card, just as one was shown to David Luiz at Molineux a matter of weeks ago.

This is likely to ruffle a few feathers…

VAR review was to overturn the penalty, not for a red card.

Chris Kavanagh obviously very confident in his decision, with the review being so quick.

But the VAR, Andre Marriner, should have been advising DOGSO red once the referee said he was sticking with the penalty. 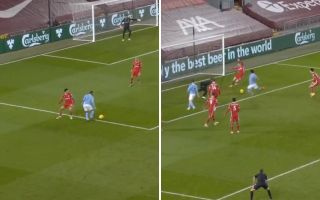 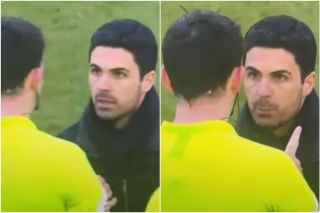 Mikel Arteta sent away by referee despite approaching with ‘respect’ comment after Arsenal lost to Aston Villa February 7, 2021 16:19
Arsenal FC