The 2-0 loss sparked more noise regarding Klopp’s role as manager, which is ridiculous considering his transformation of the club and achievements in recent years.

Winter took to Twitter to share that Klopp is the ‘best thing’ to happen to the club ‘in years’ – which is spot on, whilst also reiterating that the German has ‘transformed the club behind the scenes’ as well.

One of England’s highest-profile journalists signed off with ‘Klopp’s absolutely the right man to lead them through this current storm’. The post was liked by Andy Robertson and Virgil van Dijk.

Nice to see some of the lads getting behind Klopp on social media, hes absolutely the right man to see us through all this from r/LiverpoolFC 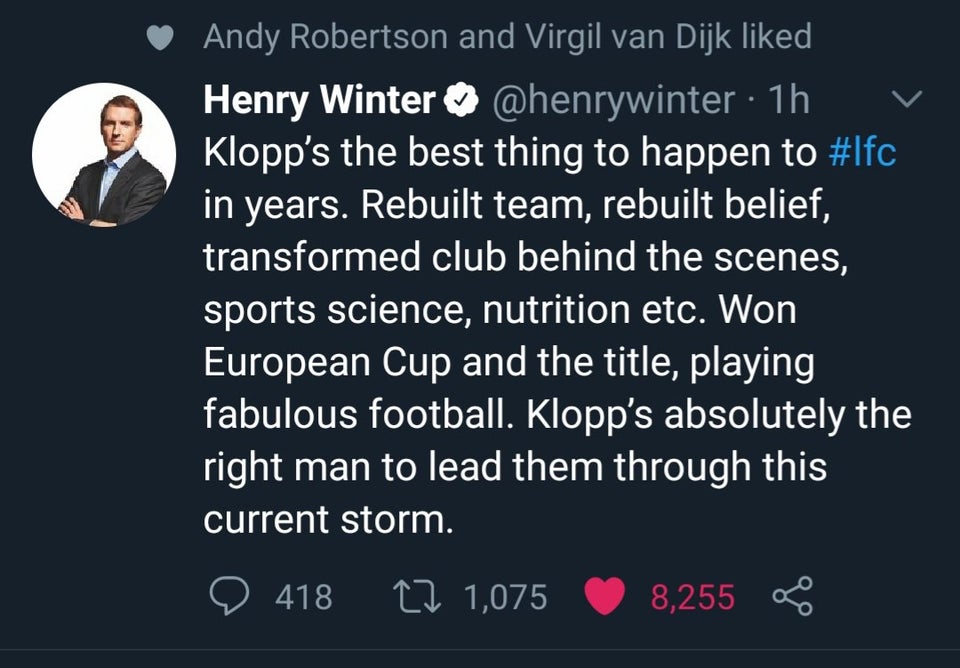 Supporting the criticised boss, who has turned up to work at a time of immense personal grief following the passing of his mother, shows the class of Robertson and Van Dijk.

Liverpool have slipped from title challengers to 8th in the Premier League table following a disastrous run of six defeats in their last 11 league fixtures, in which they’ve won just twice.