According to Marca, Jeremy Mathieu has told Spanish radio station RAC1 that ‘everyone is killing’ Barcelona defender Clement Lenglet, with the ace subjected to fierce criticism as of late.

Mathieu compared the treatment of Lenglet to his own during his time at Barcelona, the fellow Frenchman spent three years with the Catalan outfit from 2014 to 2017.

Mathieu, who retired at the age of 36 last summer following a serious knee injury, admitted ‘I know what that’s like’ in reference to Lenglet, adding he ‘felt alone’ in the dressing room during his time at the club.

Lenglet was filmed in tears as he left the Camp Nou following this weekend’s 1-1 draw against Cadiz, in which the 25-year-old conceded a penalty in the 89th minute that ultimately lost Barcelona two points.

Mathieu stated that he faced a similar level of criticism after ‘they killed’ him – in reference to the fans and media – in blaming the left-footed defender for the 3-0 defeat to Juventus in the Champions League quarter-finals first-leg in 2017.

Barcelona’s Lenglet breaks down in tears in front of fans after defensive debacle vs Cadiz
.
.
.#barcelona #lenglet #cadiz

Barcelona defender Clement Lenglet broke down in tears in front of fans while leaving the Camp Nou after a horrendous display against Cadiz. pic.twitter.com/FsNgIv6hvE

Here’s what Mathieu had to say on the treatment of Lenglet and his own experiences:

“I had a very bad time in my last year with Barcelona, I felt that the defeat in Turin was my fault.”

“But I don’t understand why they went for me as eleven players play football. I felt alone in the dressing room. No one offered support. For me, that’s not football.”

“Everyone is killing Lenglet now, and I know what that’s like. He has to try and be positive and to turn it around, and try his best.”

Have some Barcelona fans crossed the line in regards to Lenglet or does the France international need to be much tougher to deal with the expectations in Catalonia? 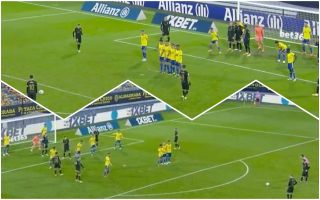