If a defeat to local rivals Everton in the Merseyside derby wasn’t enough for Liverpool on Saturday evening, some of the Reds’ biggest and most loved stars sparked controversy with their reaction.

After the Reds lost 2-0, marking their first Premier League defeat at Anfield to the Toffees since 1999, Alisson put the goalkeeper’s union on full show as he embraced Jordan Pickford at full-time.

Alisson’s actions were certainly more direct than the love Roberto Firmino showed to an Everton counterpart in Liverpool’s defeat, both incidents sparking fury from some of the Reds’ supporters.

Even Jurgen Klopp seemed unimpressed and bemused with Alisson’s decision, the German had a shocked expression on his face as he was clearly looking in the direction of the goalkeeping pair.

Alisson’s decision to embrace and chat to Pickford at full-time would be controversial after any defeat to Liverpool’s heated local rivals, but there’s of course other bad blood between Pickford and the Reds. 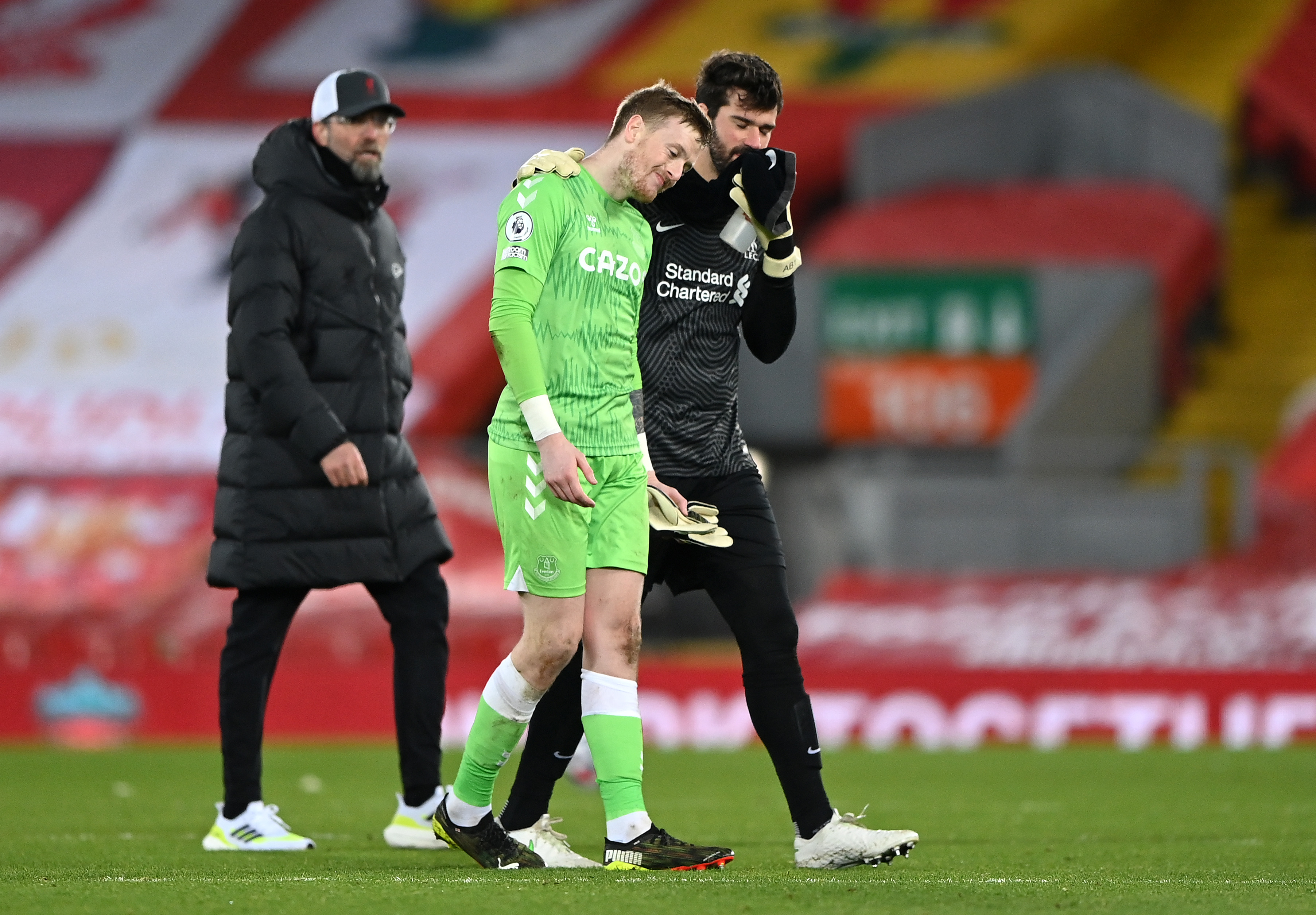 LIVERPOOL, ENGLAND – FEBRUARY 20: Alisson Becker of Liverpool and Jordan Pickford of Everton interact following the Premier League match between Liverpool and Everton at Anfield on February 20, 2021 in Liverpool, England. Sporting stadiums around the UK remain under strict restrictions due to the Coronavirus Pandemic as Government social distancing laws prohibit fans inside venues resulting in games being played behind closed doors. (Photo by Laurence Griffiths/Getty Images)

Pickford left Virgil van Dijk with a long-term knee injury with a reckless challenge back in October, it will be a miracle if the Reds’ world-class defender manages to return to action this season after the blow.

With that in mind, Alisson’s decision was all the more surprising. It’s nice to see from a neutral perspective, as both stoppers have struggled with massive blunders this season, it shows that the Goalkeeper’s Union is a real thing, and a bond that can even supersede club rivalries.