According to SportWitness via German newspaper Bild (subscription required), Jurgen Klopp is experiencing the ‘worst crisis’ of his managerial career with Liverpool at the moment.

Bild outline the probabilities of four different scenarios for Klopp, with one suggestion claiming that there’s a 68% chance that the German will leave next summer.

Bild shockingly suggest that Klopp is 68% likely to walk away at the end of next season, before taking a six-month break and then taking charge of the German national team from the start of 2023.

The German newspaper go as far as writing ‘clear that he will definitely return to Germany’, should the ‘overall package’ that the national team offer be ‘correct.

This plan would see Klopp take the reins of Die Mannschaft from Joachim Low immediately after the 2022 World Cup, which will take place in Qatar and finish towards the end of December.

Bild then surprisingly claim that there is just a 30% chance that the 53-year-old will see out his contract with the Reds, which was only signed at the end of December 2019 and runs until the end of 2034/24. 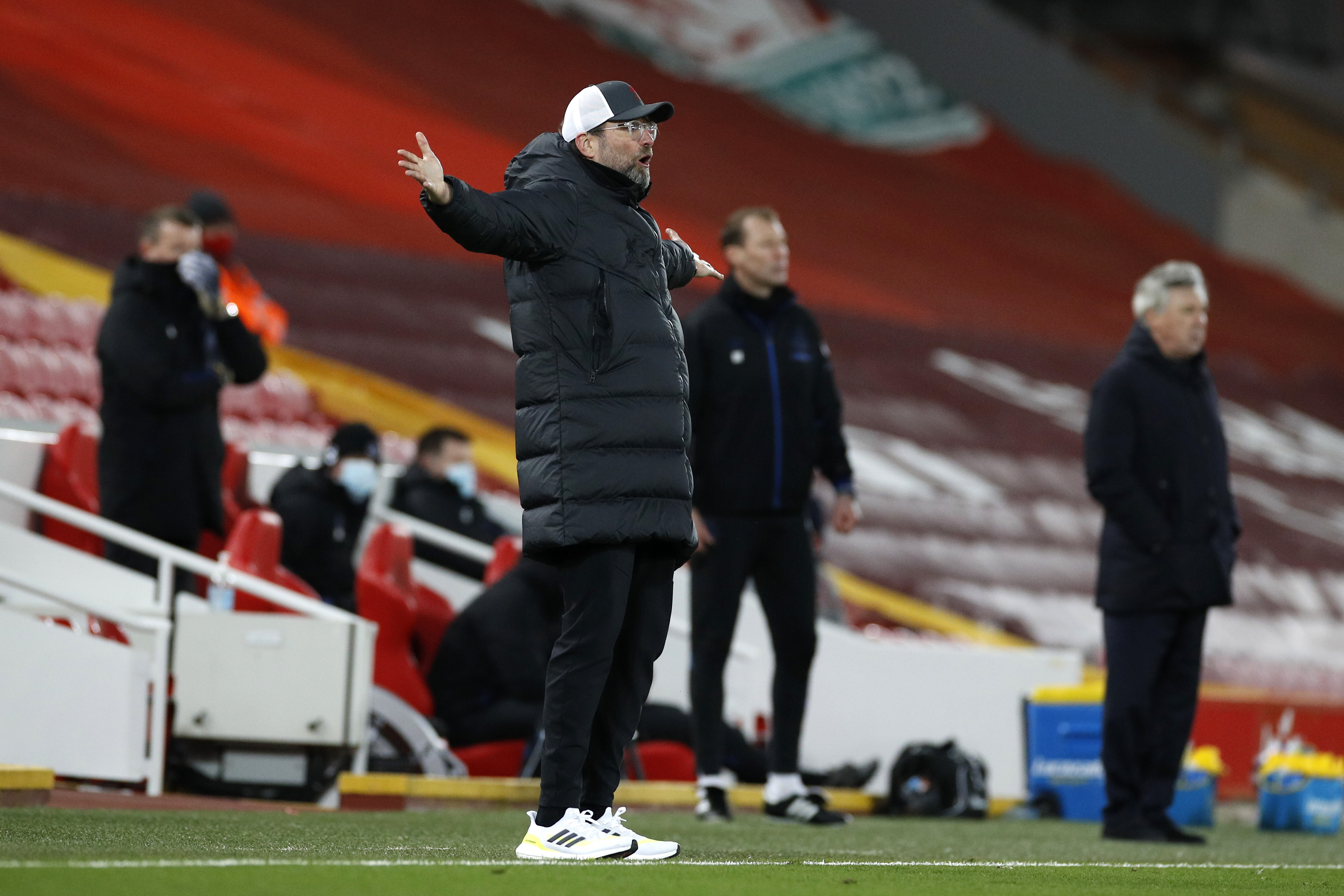 LIVERPOOL, ENGLAND – FEBRUARY 20: Jurgen Klopp, Manager of Liverpool reacts during the Premier League match between Liverpool and Everton at Anfield on February 20, 2021 in Liverpool, England. Sporting stadiums around the UK remain under strict restrictions due to the Coronavirus Pandemic as Government social distancing laws prohibit fans inside venues resulting in games being played behind closed doors. (Photo by Phil Noble – Pool/Getty Images)

Bild do reiterate that Klopp’s chances of staying in Merseyside would improve should the ‘overall package’ to take charge of the national team not appeal to the German.

Liverpool have been disastrous in the Premier League as of late, falling well out of the title race after a run of six defeats in their last 11 top-flight fixtures, in a period that’s seen them win just twice.

The massive dip has seen ridiculous doubts cast over Klopp’s future as manager, with the nightmare highlight of the run being that the Reds no longer call on Anfield as a fortress, losing three consecutive Premier League ties at their iconic home.

Bild summarise that Liverpool’s owners are ‘still with Klopp’, as they should be, the former Dortmund and Mainz boss has transformed the club, he deserves all the time to make things right again.