Not only was the unbeaten MMA star was lucky enough to attend the Nou Camp for Barcelona’s recent Champions League tie against PSG last week, but the Dagestan wrestler also bagged Kylian Mbappe’s match-worn shirt.

However, another big name to gift the fighter a signed jersey is one of the sport’s most in-form strikers, Haaland.

Taking to their official social media, Nurmagomedov was spotted thanking Haaland for the shirt with the Norweigan striker saying: “No problem, champ!” 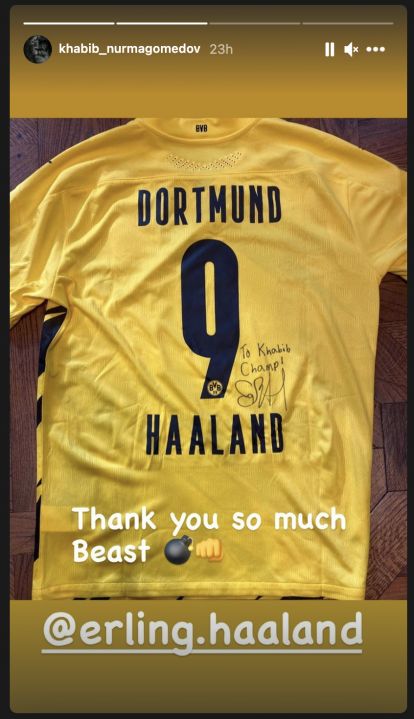 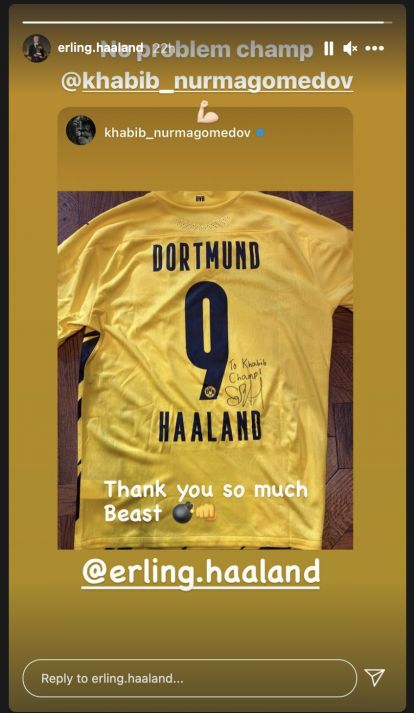