Jose Mourinho has reportedly identified Burnley’s Nick Pope as the ideal replacement for goalkeeper Hugo Lloris, who continues to be linked with a move to Paris-Saint Germain.

The World Cup-winning shot-stopper has seen his name linked with a reunion with Pochettino for several weeks now.

Despite turning out for Spurs for nearly 10-years, Lloris’ contract is set to expire in a little under 18-months time.

With no sign of renewal, there are growing suggestions that the Frenchman could be offloaded, with a new keeper brought in, in his place.

The latest in the ongoing saga comes from the Daily Mail, who claim Mourinho has highlighted Burnley’s Pope as the man to fill Lloris’ boots.

It has been claimed that should Paris-Saint Germain prove to be successful in their hunt for Lloris, Spurs would target Pope, who is valued at around £30m.

Pope, 28, has made 108 appearances for Burnley since joining in 2016 and is widely regarded as one of the league’s most reliable shot-stoppers. 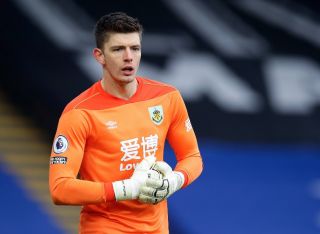