Manchester City are reportedly lining up a stunning double transfer raid on Borussia Dortmund this summer.

The Premier League giants are supposedly ready to try signing both Erling Haaland and Giovanni Reyna in an ambitious £100million double deal, according to 90min.

Reyna would spend another season with Dortmund as part of the deal, but Haaland, also named as a target for Chelsea, would arrive straight away, according to the report.

This would be superb business by City if they could pull it off, but one imagines they might need to pay a bit more to land two such talented young players.

Haaland in particular is already surely up there with one of the best forwards in world football after some outstanding form over the last year and a half.

The Norway international would be an ideal long-term replacement for Sergio Aguero at the Etihad Stadium as the legendary Argentine nears the end of his contract. 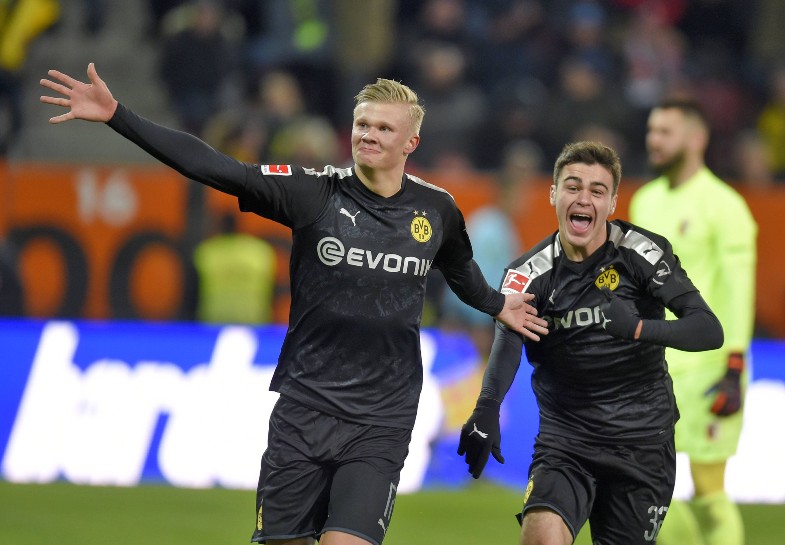 Erling Haaland and Giovanni Reyna in action for Borussia Dortmund

Chelsea would also surely benefit from signing Haaland, who looks like he’d be an upgrade on the terribly out-of-form Timo Werner.

City, however, have apparently been confident for some time that they’d be the favourites for Haaland, according to 90min.

Both Haaland and Reyna are sons of former City players Alf-Inge Haaland and Claudio Reyna, respectively.