Arsenal striker Alexandre Lacazette has been pictured wearing a unique, custom-made pair of boots, inspired by the hit animated film ‘Despicable Me’.

Whilst in training recently, the star forward was spotted taking to the pitch wearing the cool-looking boots.

The custom-made boots wear designed and built by the company ‘SWithaDot’ – Who were quick to show-off their star client’s latest purchase on their official social media.

The company claim the original boots are Merc Vapor XIII which they proceeded to tie-die before eventually adding the crazy design.

It is not known why Lacazette opted to go with a ‘Despicable Me’ design, he must just be a huge fan of the film series, but they do look pretty cool, it has to be said.

What do you think of the boots? – Could we ever see a pair like this in competitive action? – Let us know in the comments. 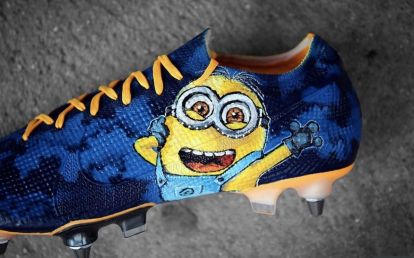 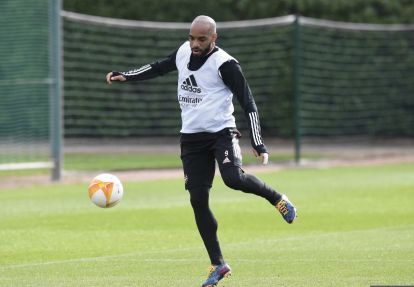