It’s clear that Man United need to do something in defence to improve next season, so finding someone who can compliment Harry Maguire has to be one of the main priorities.

That’s easier said than done as finances will be limited and world class defenders aren’t generally available, so it probably means they’ll need to take a chance on someone who’s shining with a slightly lesser club and deserves a chance to step up.

Eurosport have recently reported on a variety of issues surrounding United this summer, but there’s something interesting in their hint for a defender.

It’s suggested that Villarreal’s Pau Torres is one of the main targets and he has a release clause of around £43m – and United don’t want to go higher than that total in addressing the position this summer.

Clearly that makes Torres one of the main contenders to come in this summer, but the suggested transfer budget still suggests that two other widely reported targets will be available for less than that price.

Football Italia recently reported that there is a belief in Italy that Fiorentina defender Nikola Milenkovic is headed to Old Trafford this summer, while he’s not expected to cost any more than €40m so he would be affordable.

The cheaper option would be Braga’s David Carmo who is expected to cost around £15m per a recent report, so he’s another option if they want to save some money and use those funds to strengthen elsewhere.

Ultimately it looks like someone will come in, but it won’t be a ready made superstar so it will be interesting to see who they actually go for. 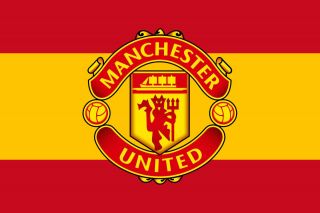