Arsenal are reportedly among the clubs lining up a potential free transfer swoop for highly-rated young Wigan Athletic forward Kyle Joseph this summer.

The 19-year-old has long been on the Gunners’ radar and has continued to catch the eye in League One this season as he nears the end of his contract, according to the Daily Mirror.

MORE: What next for Martin Odegaard at Arsenal?

Arsenal are joined by Celtic and Rangers in eyeing up a potential move for Joseph, who was born in England but who has represented Scotland internationally at youth level.

It will be interesting to see where the striker moves next, with Wigan surely unlikely to be able to keep hold of this big prospect.

Arsenal could do with more options up front after a difficult season in which the likes of Alexandre Lacazette and Eddie Nketiah have struggled to fill in for Pierre-Emerick Aubameyang, who himself has been out of form as well as in and out of the team.

Joseph’s availability on a free could make him a very tempting signing for a number of top clubs this summer, with the Mirror adding that some unnamed clubs in Europe are also looking at him. 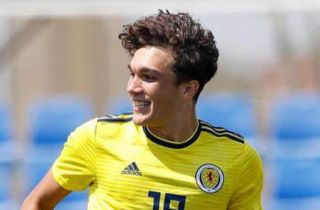