Manchester United legend Paul Scholes has hit out at Bruno Fernandes for his anonymous performance in yesterday’s 0-0 draw away to Chelsea.

It was another poor game between these two sides, who also drew 0-0 in their first Premier League meeting at Old Trafford earlier this season.

Scholes was clearly not happy with Fernandes in particular, even though the Portugal international has got Man Utd out of trouble so many times since joining the club from Sporting Lisbon last year.

Fernandes has been a world class performer for the Red Devils, but Scholes says he can’t remember him doing anything of note against Chelsea on Sunday.

Speaking on punditry duty after the game, as quoted by the Metro, Scholes said: “They’ve got to change it, the quality has got to be better. The big players have got to step up. 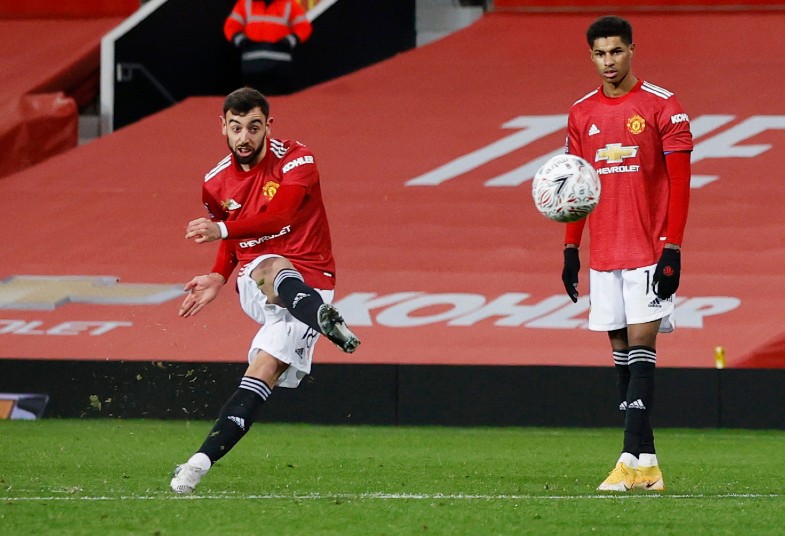 Bruno Fernandes has been criticised by Paul Scholes

“I don’t remember (Edouard) Mendy, other than a couple of times, being brought into the game. So the quality is disappointing, they’ve got to get it better against these big clubs.”

This seems a little harsh from the former United and England midfielder, as even the best players will have the occasional off-day.

Fernandes has mostly been a joy to watch for MUFC and he was far from the only player who struggled yesterday.