Erling Haaland might want to be careful about sealing a transfer to Chelsea due to the Blues not currently looking like a team that creates much chances, according to Paul Merson.

The pundit believes Haaland would be working off scraps at Stamford Bridge, comparing them unfavourably to Liverpool, who create far more scoring opportunities for their forwards in most games.

“I think next season Thomas Tuchel will be saying to the board, to Roman Abramovich, I need a top-drawer centre-forward,” Merson told Sky Sports.

“You will not win the Premier League, or be anywhere close, if you don’t have players around the top-scorer mark. At the moment, I don’t see Tammy Abraham or Olivier Giroud being in that category.

“The way they are now, if you’re Erling Haaland and Chelsea come in and say we’ll pay £110m or whatever it is, we’ll give you this much a week, he will be looking at the same time at the way Chelsea play, and that they’ve only scored eight goals in seven games.

“Chelsea need to be showing more than what they’re showing at the moment. Because if I’m a world-class centre-forward and Chelsea want me, I’m having a look and saying to my agent ‘they don’t really make a lot of chances, do they?’.

“Even though they’re a good team, I’m not getting five or six chances in the game. I’m working on scraps.”

This is a pretty damning statement on Chelsea, who have long been used to being able to attract the best players in the world. 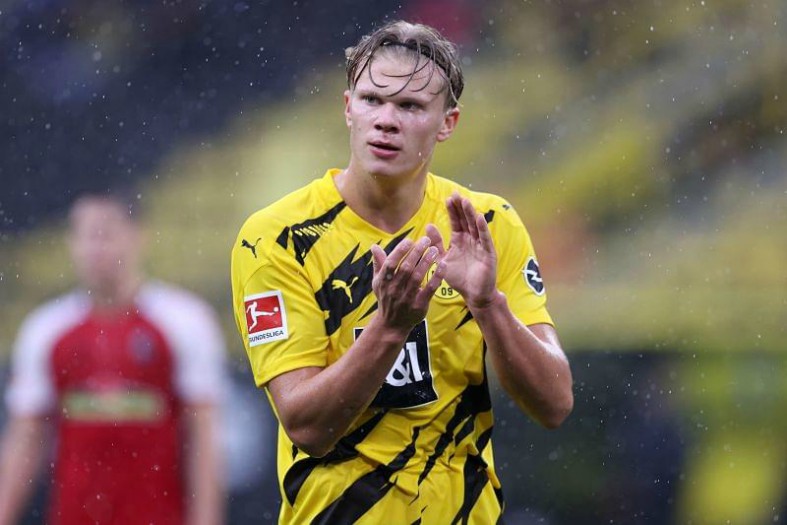 Erling Haaland would be a dream signing for Chelsea

Haaland has been linked with CFC by Fabrizio Romano on Benchwarmers, though unsurprisingly the Borussia Dortmund front-man is also likely to have other big-name suitors.

The Norway international might well feel there are other teams more suited to his playing style, but Chelsea fans will hope their club has a chance.

The west London giants urgently need more goals in their side after poor seasons from Timo Werner and Tammy Abraham, while Olivier Giroud is ageing and heading towards the end of his contract.