The latest Premier League team of the week has been served up by Garth Crooks, and it might be one of his strangest yet in terms of the formation and positioning of some players.

The pundit has been known for placing some strange players together in his team of the week line ups, and this is up there with the weirdest we’ve seen.

As usual, there’s no real argument about the personnel he’s gone for, but there’s surely a better way of getting them lining up than Crooks has gone for in his latest BBC Sport column.

See below for this week’s XI… 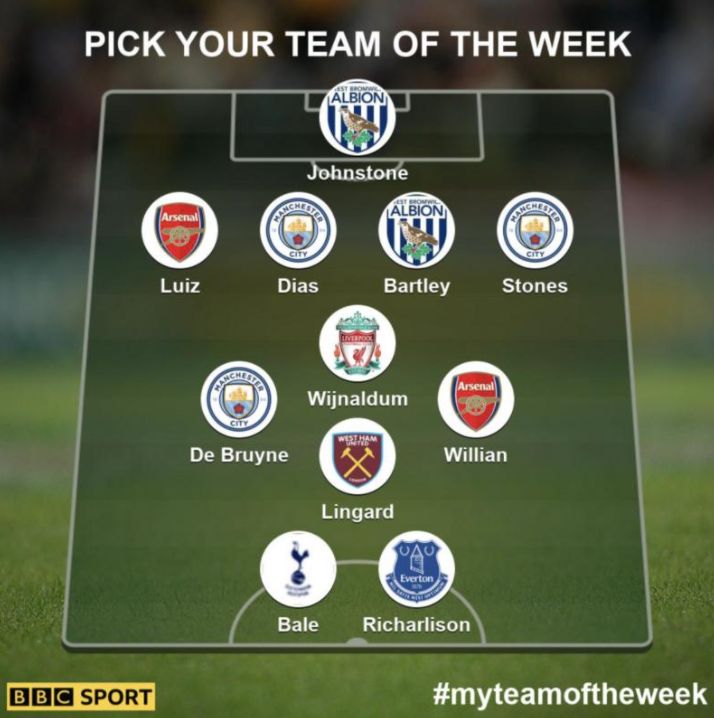 As you can see, this team features four centre-backs, with David Luiz at right-back and John Stones at left-back for some reason.

The midfield is also pretty odd, with winger or wide-forward Willian placed as one of the two central midfielders, while Jesse Lingard is at the top of the diamond – not exactly a role he’s well known for and one that might have suited Kevin De Bruyne better.

No complaints about Gareth Bale and Richarlison up front, that looks a pretty strong strike duo.

Arsenal fans will be pleased to see Luiz and Willian in there after some pretty unconvincing form for a while now, with both Brazilians much-improved in the win over Leicester City.

It’s also no surprise to see Man City dominate with Stones, Dias and De Bruyne in there after yet another win for the runaway league leaders.

Wijnaldum also deserves his place for helping get Liverpool back to winning ways against Sheffield United.