Manchester City star Ruben Dias has admitted that his ‘dream weekend’ used to involve watching the phenomenal partnership of Rio Ferdinand and Nemanja Vidic in action at United.

Dias made the admission to Ferdinand himself in an interview with BT Sport via Goal, stating that he loved to watch the Premier League as a kid.

The 23-year-old has been phenomenal for Pep Guardiola’s side since arriving from Benfica last summer in a massive deal worth €68m plus add-ons, according to ESPN.

The Portuguese star would tune in to undergo some ‘learning’ from defensive greats, with Dias of the belief that he ‘learned’ a lot doing this and began to ‘understand’ the English top-flight. 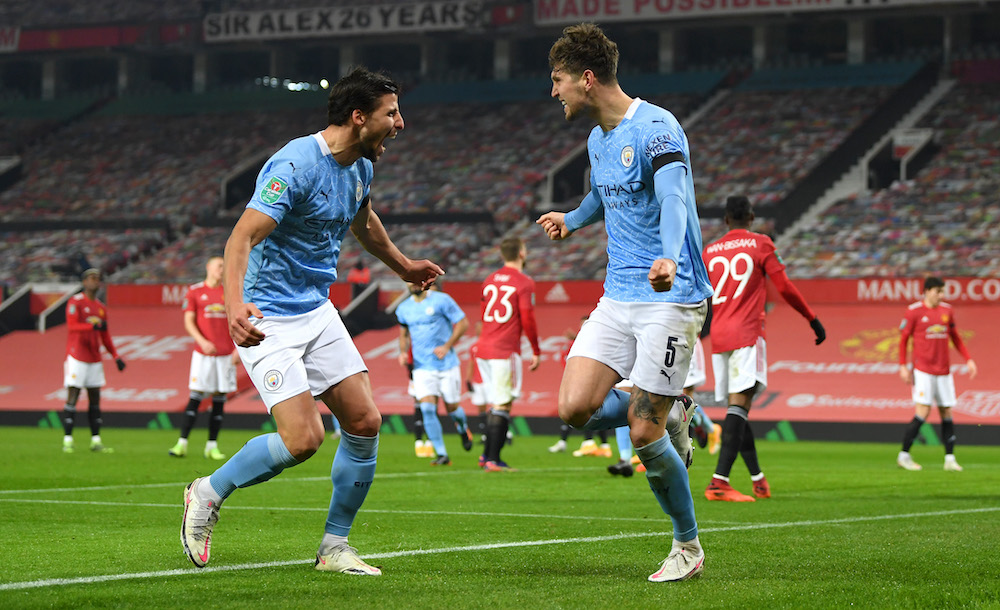 Here is what Dias had to say to Ferdinand:

“When I was a kid watching the Premier League was my dream weekend, I’ve watched many games with you, Vidic, Kompany, John Terry, an infinite list.”

“From there you start learning and I learned a lot from what I hear and what I see and just by watching I started to understand the league and the way you play.”

“The thing that makes the big difference is how competitive it is.”

“Here you get the challenge every game and I think that’s what makes the league different and if you’re successful it’s because you can solve it many times.”

Dias is a key reason why Pep Guardiola’s side have enjoyed 21 consecutive wins across all competitions, the Manchester outfit are sure to lift the Premier League title with a 15-point lead at the top of the table.

The 6ft2 centre-back has taken to life in the top-flight incredibly quick, especially for a player that arrived from the Portuguese league – which may be seen as not that competitive compared to others.