Manchester United and Chelsea may have been given a potentially significant boost in their rumoured transfer pursuit of Erling Haaland.

The Premier League giants have been among a long list of top sides linked with the Borussia Dortmund star by Fabrizio Romano in his recent Benchwarmers column, and it’s clear he’d be a superb signing for either of these teams.

United need a long-term replacement for Edinson Cavani and more of a goal threat than the likes of Marcus Rashford and Anthony Martial, while Chelsea could do with upgrades on struggling summer signings Timo Werner and Kai Havertz up front.

It may be of interest, in that case, that Dortmund are supposedly already eyeing up a replacement for Haaland in the form of Sevilla striker Youssef En-Nesyri, according to Eurosport.

This could mean Dortmund aren’t exactly confident about holding on to Haaland, whose form in front of goal in the last year or so has been absolutely incredible. 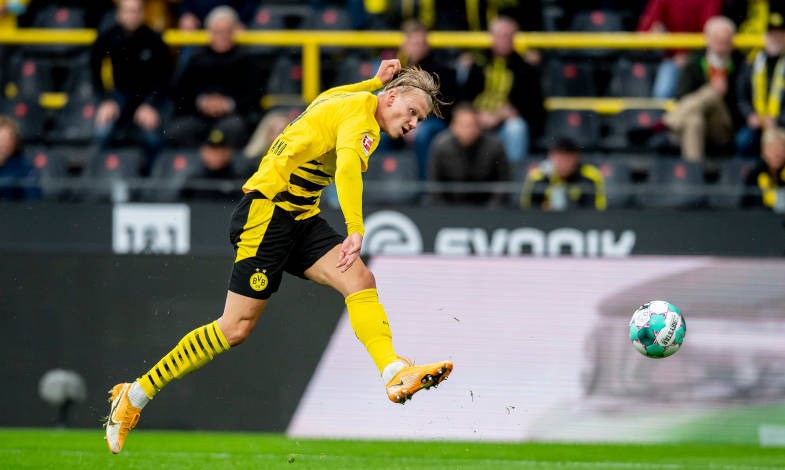 The 20-year-old has an impressive record of 43 goals in 45 appearances for Dortmund, and it would be thrilling to see this elite young player in the Premier League.

United and Chelsea will hope Dortmund can land En-Nesyri and that that could clear the way for Haaland to leave.