If Mohamed Salah was hoping that the fact he was substituted for Liverpool in the 62nd minute of the defeat against Chelsea would be forgettable, he’s got another thing coming…

Salah was replaced for Alex Oxlade-Chamberlain as the Reds trailed and at the time failed to register even a single shot on target, with Diogo Jota also returning from injury for Curtis Jones at the same time.

The 28-year-old made his frustration towards Jurgen Klopp’s decision blatantly obvious to the entire football world as he threw something down on the bench and shook his head.

If that wasn’t enough, the forward’s agent has now ensured that a disappointing display against his former club is remembered for nervy reasons with a tweet.

Ramy Abass Issa took to Twitter and shared just a full stop as Salah was hauled off against the Blues, making it clear and obvious – the term doomed by VAR – at how infuriated he was at the decision.

See more: Liverpool set unwanted history for the first time ever on two fronts after losing to Chelsea at former fortress of Anfield 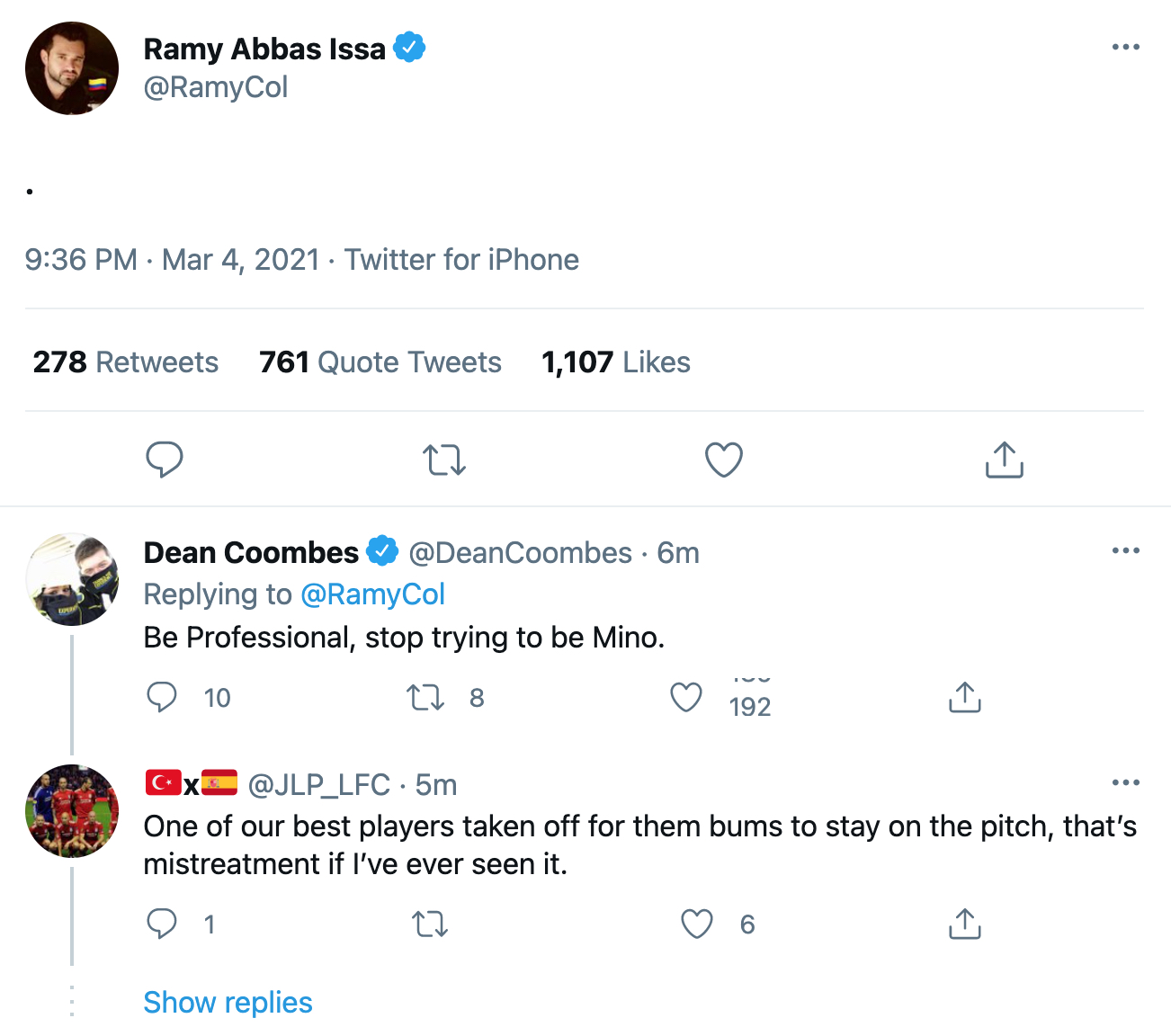 Issa’s actions certainly aren’t professional and now add another avoidable talking point after Salah’s little outburst that will see his client in the headlines for all the wrong reasons for the days to come.