Spurs could try signing the Brazilian centre-back on an initial loan with the option of later making the deal permanent, according to Todo Fichajes.

Militao is also a target for Liverpool, according to the report, and the Reds could also definitely benefit from making a new signing in defence in the summer.

Tottenham would surely also view Militao as an upgrade on their current defensive options, with doubts remaining over the likes of Eric Dier and Davinson Sanchez.

Militao could apparently be available for as little as €30million, with Todo Fichajes noting that his market value has fallen after a difficult spell at the Bernabeu.

The 23-year-old looked an exciting young player at Porto but has not quite lived up to that potential with Real.

Still, it’s easy to see why Liverpool and Spurs might be interested in giving him another chance to prove himself at the highest level. 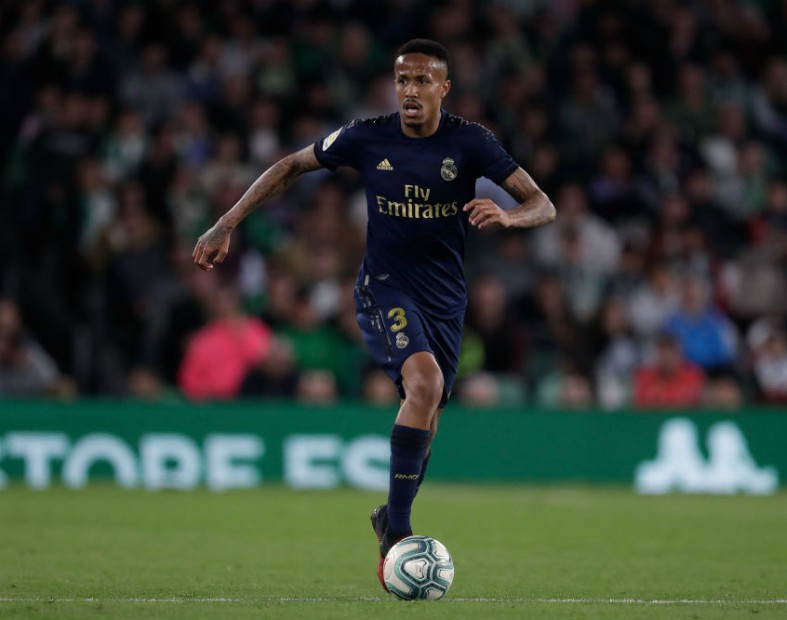 Eder Militao is a rumoured transfer target for Tottenham and Liverpool

Liverpool have had a nightmare with injuries this season and would do well to bring in someone with a more reliable fitness record than Joel Matip and Joe Gomez.

Tottenham would do well to get this signing done ahead of their rivals, and fans will hope they can once again agree a deal with Real Madrid – a club they seem to have a decent relationship with.