Fulham manager, Scott Parker, has every right to feel aggrieved ahead of the weekend’s fixtures.

His side were denied an equaliser against Tottenham because of a ridiculous interpretation of the handball rule, which has subsequently been amended as a result.

The decision raised more questions about VAR, but for an entirely different reason Parker suggested that the technology was killing the game.

Goals win matches and the joyful abandon that follows has now been replaced by a realisation that some goals will be chalked off a few minutes later.

Such highs and lows aren’t to Parker’s taste, and no one can really argue with that. 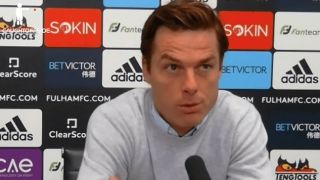