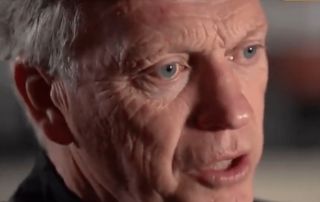 After being dead certs for relegation last season until a late revival, David Moyes’ West Ham side have surpassed expectations in the 2020/21 Premier League campaign.

Only beaten by Liverpool and Manchester City in the last three months, the Hammers are on course for their best top-flight finish since 1986 when they ended up in third, after going into the final weekend with a shot at the title.

You would’ve thought on that basis that everything would be positive at the club, but Moyes has given an interview to BBC Sport where he admits that the top four is probably beyond them, even though there are 11 games to play.

A little defeatist from the Scot wouldn’t you say?

“I’ve got a lot of really good teams behind me, but can I try and catch one or two of the teams above me?”

See more on Football Focus – Saturday at 12:00 GMT on @BBCOne and @BBCiPlayer! pic.twitter.com/DmBVe9lYyN