The Gunners could do with investment in their defensive line, with that being the glaringly obvious flaw in Mikel Arteta’s side at current.

When on song, their attack can measure up to the best in the league, but their defensive frailties are equally as dangerous – only, its themselves in danger as a result.

Could Ibrahima Konate be the man to sure them up at the back? If Todo Fichajes are to be believed, Mikel Arteta is set to pursue the RB Leipzig man. 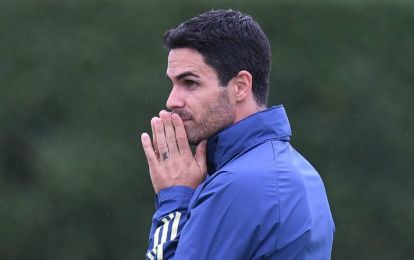 Mikel Arteta is reportedly hoping to see Ibrahima Konate at the Emirates.

Todo Fichajes claim that talks have already taken place between Arsenal and RB Leipzig over the possibility of Konate moving to the Emirates, with a €50M fee being mentioned in the report.

We have to take this one with a pinch of salt until major media publications in England pick up on the rumour, but for now, it’s one for the Gunners fans to get quietly excited about.