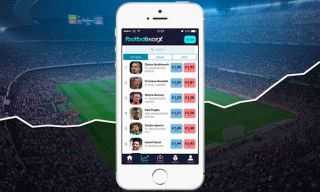 Betting platform Football Index is on the brink of collapse with hundreds of customers set to lose thousands of pounds.

READ MORE: Liverpool legend now just 2/1 to replace Jurgen Klopp by the start of next season

Following its launch in 2015, the unique platform, which is centred around buying and selling shares in real-life football players, emerged as an exciting alternative to traditional sports betting.

The platform’s concept is very simple – Buy shares in players and sell them, ideally for a profit.

There are a handful of ways a customer can yield a profit from their trades. The first method is by identifying a potential world-beater, purchasing for a low price and selling on for a higher price further down the line (capital appreciation).

The second is by purchasing an already established player and earning ‘dividends’ through either mentions in the media or on-field performances.

For more information on how trading works, you can read an in-depth article I wrote on Football Index last year here.

Presumably, the company realised their payout structure was unsustainable and in a desperate attempt to prevent further losses, slashed sale prices, literally overnight.

At the time of writing this, there has been no word from the company’s board of directors on how they plan on moving forward.

However, following the platform’s sudden payment restructure, shockingly, although rather expectedly, customers have been left out of pocket, with some even reporting losses well into the thousands.

Imagine the uproar if you’d placed £10 on Leicester to win the league in 2015 at 5000/1 with PaddyPower, then half way through the season, PaddyPower realised they couldn’t afford to pay you out if it won and manually changed the odds to 5/1.

That’s what #FootballIndex has done.

Feel sick today. I see people saying they feel stupid, naive etc. We were lied to & manipulated constantly. Encouraging us to be +ve & keep investing as big things were coming. The whole time knowing they were in the shit! Long thread of lies&deceit. Time to unite #footballindex

I hope Football Index get taken to court

The below is from an announcement in the last few months #footballindex pic.twitter.com/yozwjZ2kkr

To say I feel sick is an understatement…my life savings up in smoke, how can they get away with this #footballindex pic.twitter.com/3RSAiSaEIZ

Does anyone know a top, top, top notch solicitor?#FICommunity vs #FootballIndex

I am 22. Lost a significant amount of my net worth but I will be okay.

I hope you can sleep at night!#Footballindex

My life is literally in @FootballIndex hands right now lol, my missus thinks our savings is in an account I can’t touch…#footballindex