There’s good news for Liverpool in their reported pursuit of Napoli centre-back Kalidou Koulibaly, with Bayern Munich NOT in the running to sign him.

Liverpool are in dire need of a top centre-back to complement Virgil Van Dijk, who is expected to be back and available come the start of next season.

Bild reporter Christian Falk previously suggested that Napoli’s Kalidou Koulibaly, who is widely considered one of the best in the business, is on their list of targets.

Koulibaly has been an exemplary servant to Napoli, but could be forgiven for seeking a new challenge as he enters what would traditionally be considered the final few years of his peak. 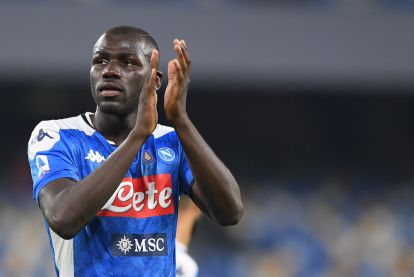 Could a move to Liverpool be on the cards? You get the impression that, were Aurelio De Laurentiis finally prepared to part ways with Koulibaly, there’d be plenty of interested parties.

However, as per Fabrizio Romano, Bayern Munich would not be one of them.

Bayern Münich are not working to sign Kalidou Koulibaly, as of today. Premier League clubs are still interested as last summer, Bayern have not started any talk with Napoli or Koulibaly agents atm. ? #Bayern #EPL

With Dayot Upamecano heading to the Allianz Arena in the summer, there does not appear to be any great need for further investment in that area of the field.

That could, at least somewhat, clear the path for Liverpool’s pursuit of Koulibaly.