West Ham manager David Moyes has sent a clear message over the Declan Rice transfer situation amid the midfielder being linked with Manchester United.

The exciting young England international is one of the best in the Premier League at the moment, playing a starring role for West Ham as they emerge as genuine contenders for a top four place.

Rice has been linked with Man Utd by ESPN and one can see why they’d be keen on him as a long-term replacement for Nemanja Matic and perhaps as an upgrade on Fred in that defensive midfield role.

Still, Moyes has made it perfectly clear he won’t be allowing Rice to leave on the cheap, telling Sky Sports he thinks the 22-year-old is worth even more than the £100million that has been mentioned as a possible asking price.

“I look at the players who have joined some clubs from overseas and come in and nowhere near had the impact Declan Rice would have. 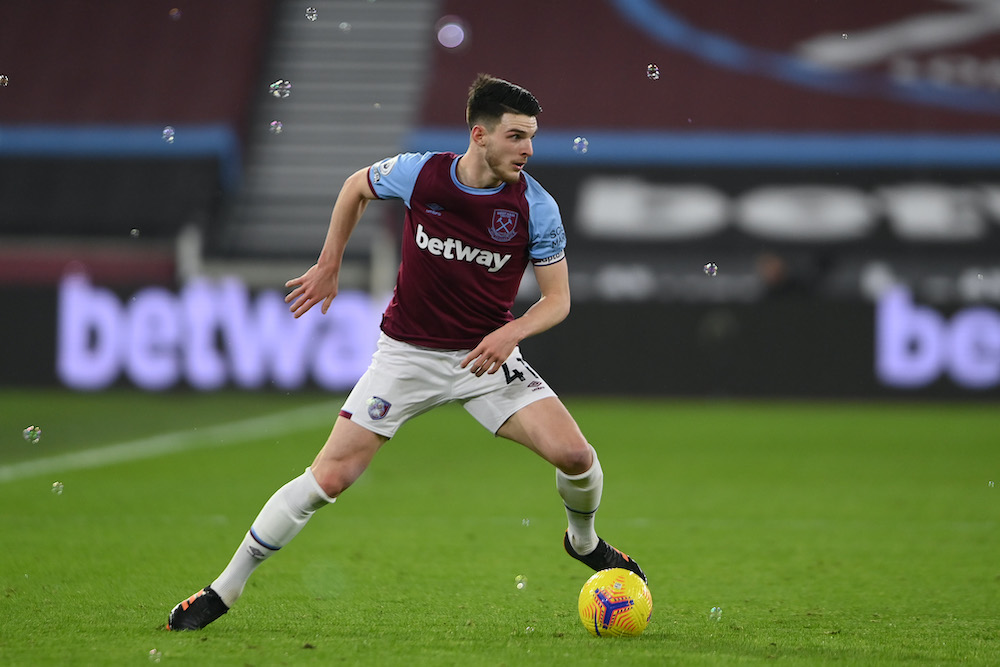 “I certainly wouldn’t put a price on it. You can decide which figure you want to put on it but I wouldn’t be sanctioning anything like that, that’s for sure.”

This is a strong message to both United and other transfer suitors, as well as to the West Ham board, warning them not to let his best player leave unless it’s for huge money.