Chelsea manager Thomas Tuchel has conceded that his current use of Christian Pulisic is “unfair” on the USA international.

The Blues faithful have little to complain about at current, with Tuchel leading them back into the Champions League qualification spots, where they previously had very little hope of getting back into the top four under Frank Lampard’s stewardship.

However, if there was one man who could complain about Tuchel’s work to date, asides from England striker Tammy Abraham, it’d be Christian Pulisic, who was Chelsea’s star man at the tail end of last season but has been used sparingly by Tuchel, who he worked with at Borussia Dortmund. 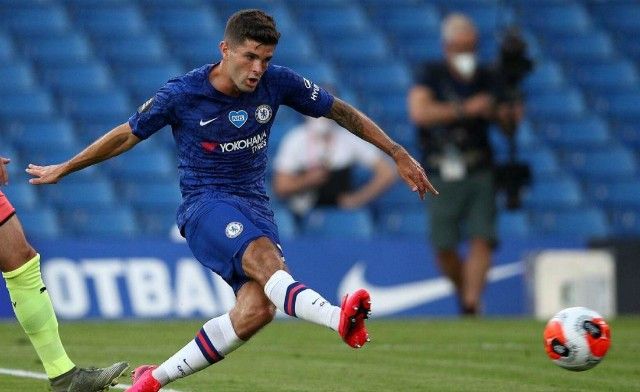 Christian Pulisic was in-form for Chelsea after the coronavirus restart.

Pulisic may well have a starring role to play in the Tuchel era at Stamford Bridge, but if that’s going to be the case, he’s going to have to work for it, because he looks as though he’s surplus to requirements at current. A super sub, without a great deal of impact, but Tuchel concedes the situation is “unfair” on Pulisic.

Tuchel on Pulisic: “It is a bit unfair but I know what an impact he can have in the last 20-30 mins (from the bench). He was unlucky in the last game, it is not a lack of quality or trust. We have another guy like him in Emerson who does not play but trains at the highest level.”

Ultimately, Chelsea have a strong squad and a wealth of options in attack. You have to make difficult decisions as a manager, and you’re never going to please everyone…