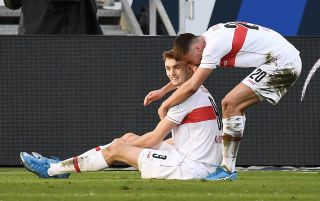 David Moyes has reportedly joined the likes of RB Leipzig and Roma in the race to land Stuttgart striker Sasa Kalajdzic.

READ MORE: Thierry Henry confirms he wants to be Arsenal manager – and names two other jobs he’d do for the Gunners

Since arriving in Germany, the Austrian striker has racked up 14 goals and five assists in his first 32 appearances, in all competitions.

However, despite gradually becoming one of his side’s most influential players, according to a recent report from the Daily Mail, the six-foot-six forward could be set for a big move.

One of the clubs rumoured to be in the hunt for Kalajdzic is Premier League side West Ham.

It has been widely reported that the Hammers are desperately looking to recruit a new striker following Sebastien Haller’s departure to Ajax earlier in the year.

Several players have been linked with a switch to the London side, with the likes of Chelsea’s Tammy Abraham and Slavia Prague’s Abdallah Sima both touted.

However, it has been claimed that Kalajdzic could be available for just £15m making him a low cost and attractive alternative option. 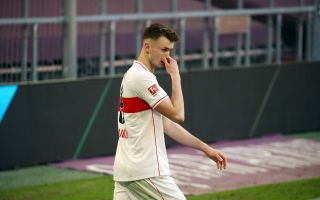 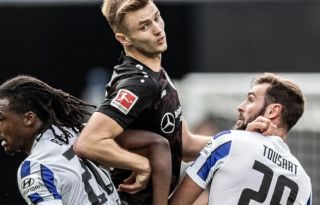