Ziyech arrived at Chelsea in the summertime, with a deal having been agreed prior to that. As per the BBC, the Blues paid Ajax €40M in order to get the deal done.

The Moroccan was supposed to provide refreshment on the Chelsea flanks, with both Pedro and Willian departing, but despite flashes of brilliance, has struggled for consistency.

While it’s still very much early days in Ziyech’s Chelsea career and it would be wrong to write him off just yet, AtletiFrancia believe that he has an escape route on the table, with Atletico thought to be interested.

The above tweet, written in the publication’s native French tongue, claims that Ziyech’s agent received a call from Atletico’s sporting director on Tuesday morning.

The information provided by AtletiFrancia claims that Ziyech wants to play in La Liga, though it’s unclear whether that is applicable now or it’s something he would like to do before he retires. 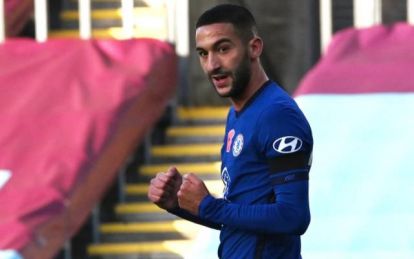 Could Hakim Ziyech be an Atletico player by the start of next season?

It’s difficult to say how reputable the source is – but it’s one to keep an eye on.

Ziyech is at risk of falling out of favour under Thomas Tuchel, and if that is to be the case, these situations can develop very quickly – and don’t often have positive outcomes.